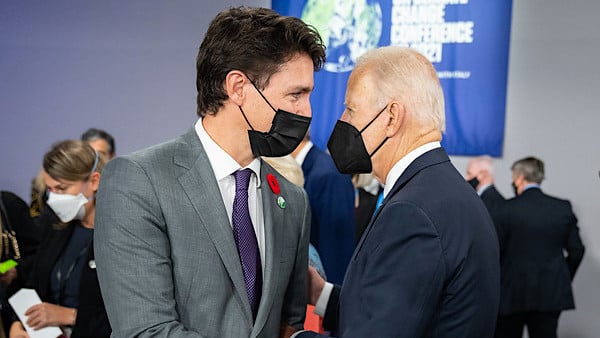 A New York Times senior writer who has observed a difference in adherence to COVID-19 mitigation measures between Republican and Democratic-majority areas of the country concludes vaccination, masking and social distancing haven’t made an impact on the number of cases during the omicron wave.

Consequently, wrote David Leonhardt in his daily newsletter Wednesday, “there is a strong argument for continuing to remove other restrictions, and returning to normal life.”

Leonhardt compared COVID-19 case rates between majority Democratic and Republican areas, pointing out that Democrats have tended to adhere to mitigation rules and are more likely to be vaccinated.

Yet, the number of official COVID-19 cases recently has been higher in “heavily Democratic areas” than Republican areas.

“These factors seem as if they should have caused large differences in case rates. They have not,” he wrote. “And that they haven’t offers some clarity about the relative effectiveness of different Covid interventions.”

Leonhardt argued, however, for vaccination, contending that while the shots don’t reduce infection and transmission — contrary to the original claims of officials — they reduce the severity of illness and death.

However, there are many variables in such data amid the unreliability of COVID deaths counts and the fact that the vast majority of recorded COVID deaths are among older people with multiple co-morbidities, particularly obesity. And there is reliable data from around the world indicating those who are vaccinated are equally susceptible, or even more susceptible, to severe illness and death from COVID-19.  In England, for example, the fully vaccinated account for 9 of every 10 deaths from COVID-19 and 4 of 5 deaths among the triple-vaccinated, according to the latest data published by the U.K. Health Security Agency.

In January, Leonhardt drew attention when he wrote in his newsletter that the data indicated the new omicron variant was roughly at the same risk level as the seasonal flu.

Last November, he pointed out on Twitter, when the delta variant was dominant, that for young children, COVID-19 “looks like a normal flu, if not a mild one,” citing Centers for Disease Control statistics.