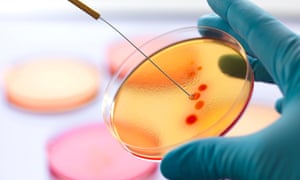 Oh, well that explains why antibiotics’ effectiveness is declining.

A recent study shows that not only does more than half of the US population receive prescriptions every year in doctor’s office visits, nearly one-third of antibiotics prescribed to Americans were incorrectly prescribed. The patients either should not have received the drugs at all, or they were not given a long enough course, or they were given an incorrect dose.

Although there as a time when antibiotic prescriptions flew out the door like the confetti at a parade, doctors and the public have been subjected to years-long education campaign that was thought to have made a dent in people’s perception that antibiotics can cure everything from a cold to a hangover.

But this latest study delving into how doctors prescribe antibiotics to Americans in outpatient settings comes out just as rates of antibiotic resistant bacterial infections are alarmingly on the incline. Conservative estimates say that every year, up to 23,000 Americans die and 2 million more become sick due to antibiotic resistant bacteria, according to the Centers for Disease Control and Prevention. And scientists have found rates of such infections on the rise, despite education efforts to clamp down on the unwarranted writing of antibiotic prescriptions.

“This study shows that there certainly is a lot more work to be done,” said lead author and CDC researcher Dr. Katherine E Fleming-Dutra. “It is so critical to preserve antibiotics for the future, to make sure they work.”

The study looked at over 180,000 doctor’s office visits, and it comes out just as the White House has convened a panel of experts to work on a redoubled effort to convince doctors to cut the prescribing of antibiotics in half by 2020.

By looking at two national surveys, the study estimated the rate of “inappropriate” antibiotic prescribing in doctor’s office settings. The surveys, the National Ambulatory Medical Care Survey and the National Hospital Ambulatory Medical Care Survey are conducted by the federal government, with participating physicians recording between one and four weeks of patient visits as a sample. This provides a window into the private and hospital outpatient practices of a broad sample of doctors.

By “inappropriate” prescribing, the study refers to times when patients should not have taken antibiotics at all, or when they did not receive a long enough course or the correct dose to effectively cure an infection.

The results showed that 30 percent of antibiotics prescribed were indeed inappropriately prescribed according to these standards.

Another jaw-dropping finding of the study’s data: 506 of every 1000 Americans are prescribed antibiotics every year.

Well, again, that explains a lot. It’s certainly something to contemplate next time you read about antibiotic resistant gonorrhea, or staph, or half a dozen other infections that are approaching a point where we can’t cure them.

Something to keep in mind too next time you or a loved one gets the sniffles and wants the doctor to “just prescribe something.”

Here’s hoping more doctors learn how to just say no, before its too late.
###
http://www.theguardian.com/society/2016/may/03/us-doctors-antibiotic-prescriptions-study?CMP=fb_gu