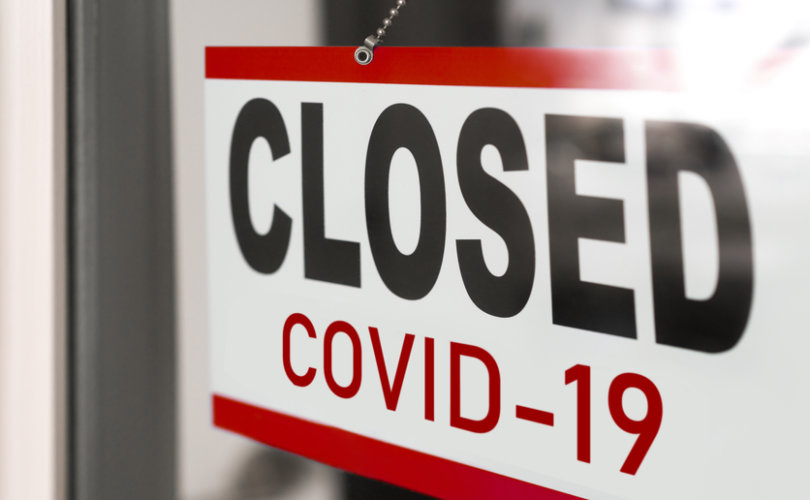 (LifeSiteNews) – Republican states navigated COVID-19 with far better health, economic, and educational outcomes than Democrat states, according to a new comprehensive analysis released by the Committee to Unleash Prosperity (CUP).

The Final Report Card on the States’ Response to COVID-19 ranked all fifty states on the aforementioned equally-weighted metrics, giving 18 states an A or B grade. Of those, 16 are led by Republican governors, including the top six performers: Utah, Nebraska, Vermont, Montana, South Dakota, and Florida.

By contrast, the six states and jurisdictions to receive an F grade are all led by Democrats: Illinois, California, New Mexico, New York, the District of Columbia, and New Jersey. “These states performed poorly on every measure,” CUP explains. “They had high age-adjusted death rates; they had high unemployment and significant GDP losses, and they kept their schools shutdown much longer than almost all other states.”

“The states that locked down their economies have had unemployment rates on average about two percentage points higher than states that did not engage in severe lockdowns,” CUP continues. “These high state unemployment rates have persisted for two years now. Most lockdown states have still not fully recovered the jobs lost in the early months of Covid.”

“Shutting down their economies and schools was by far the biggest mistake governors and state officials made during Covid, particularly in blue states,” argues CUP Co-Founder Stephen Moore. “We hope the results of this study will persuade governors not to close schools and businesses the next time we have a new virus variant.”

The new report further reinforces evidence suggesting that the lockdowns favored by more liberal states were either ineffective at saving lives, or what benefit they offered was outweighed by associated harms.

Last March, the left-wing Associated Press admitted that “California and Florida have experienced almost identical outcomes in COVID-19 case rates,” despite the former imposing some of the most draconian lockdown measures in the country and the latter remaining mostly open, and that the mortality gulf between Connecticut and South Dakota was similarly small despite the wide gulf in their responses to the virus.

In April 2021, Simon Fraser University economics professor Douglas Allen published a study concluding that while lockdowns saved 22,333 years’ worth of lost life worldwide, they also caused 6.3 million years of lost life, making the policies’ net long-term harm 282 times worse than their benefits, thanks to the combined toll of canceled or delayed care for other medical issues, and the psychological harm of lost jobs and social isolation, among other factors.

In October, another study by Marine Baudin, Jérémie Mercier, and Denis Rancourt attributed much of the American COVID death toll to “persistent chronic psychological stress induced by the long-lasting government-imposed societal and economic transformations during the COVID-era [which] converted the existing societal (poverty), public-health (obesity) and hot-climate risk factors into deadly agents.”

Most recently, a meta-analysis published in Johns Hopkins University’s Studies in Applied Economics found that “lockdowns have had little to no effect on COVID-19 mortality,” but have “imposed enormous economic and social costs where they have been adopted.”