Sen. Ron Johnson (R-Wis.) last week asked the U.S. Department of Defense if it’s investigating whistleblower reports of big spikes in illnesses among members of the U.S. military since its rollout of COVID-19 vaccines, and if the military removed reports of vaccine-induced myocarditis from its official database.

By
The Defender Staff 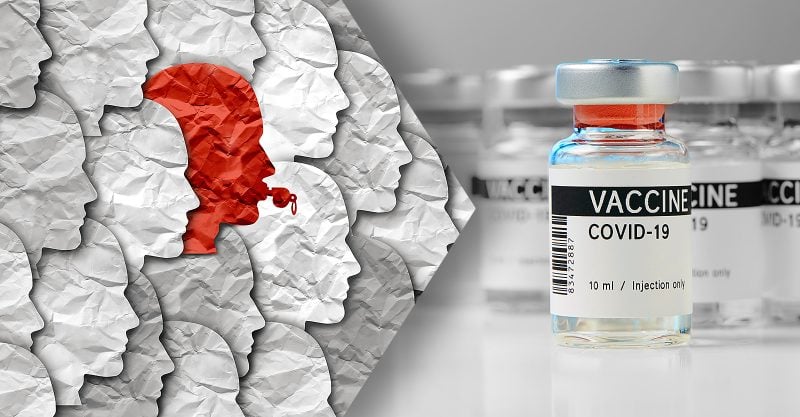 Sen. Ron Johnson (R-Wis.) last week asked the U.S. Department of Defense (DOD) what it’s doing to investigate whistleblower reports of big spikes in miscarriages, neurological disorders, cancer and other illnesses among members of the U.S. military since its rollout of COVID-19 vaccines.

Johnson also asked if the DOD had removed reports of vaccine-induced myocarditis from the Defense Medical Epidemiology Database (DMED), the military’s epidemiological database of service members.

In a letter to Secretary of Defense Lloyd J. Austin III, Johnson asked military officials to respond by Feb. 15 to the following:

1. Is DOD aware of increases in registered diagnoses of miscarriages, cancer, or other medical conditions in DMED in 2021 compared to a five-year average from 2016-2020? If so, please explain what actions DOD has taken to investigate the root cause for the increases in these diagnoses.

2. Have registered diagnoses of myocarditis in DMED been removed from the database from January 2021 to December 2021? If so, please explain why and when this information was removed and identify who removed it.

Johnson’s letter stemmed from a panel hearing the senator held last month, during which attorney Thomas Renz said DMED data provided to him by three whistleblowers showed COVID vaccines are causing “catastrophic harm” to members of the U.S. military while not preventing them from getting the virus.

Renz told the panel the whistleblowers found a significant increase in registered diagnoses on DMED for miscarriages, cancer and many other medical conditions in 2021 compared to a five-year average from 2016-2020.

Other conditions that spiked over the same five-year period included:

Renz also told the panel some DMED data showing registered diagnoses of myocarditis had been removed from the database.

“Following the allegation that DMED data had been doctored, I immediately wrote to you on January 24 requesting that you preserve all records referring, relating, or reported to DMED. I have yet to hear whether you have complied with this request.”

On Jan. 28, a DOD spokesman told PolitiFact there was a glitch in the DMED database that “gave the false impression that there was a huge spike in miscarriages, cancer and other medical issues among military members in 2021.”

The spokesman said the database had “been taken down to identify and correct the problem.”

The U.S. Army last week began discharging service members who refuse the vaccine, which is mandated across all arms of the military.

A lawsuit filed by 18 service members challenging the mandate is pending, as is the plaintiffs’ most recent request for an injunction.