In what appears to be one of the first cases of a union pushing back against the new COVID vaccination requirements handed down by the Biden Administration, a union representing pilots at Southwest Airlines is suing to stop the vaccine requirement from being forced until a lawsuit is resolved. 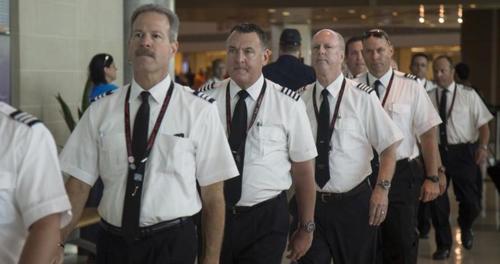 Bloomberg reports that the union representing Southwest’s pilots has asked a court to grant a temporary stay against the federal vaccination rules until an ongoing lawsuit over what they allege are violations of US labor laws is resolved.

In a court filing on Friday, the Southwest Airlines Pilots Association also asked for an immediate hearing on the request before a federal court in Dallas, claiming the carrier has continued to take unilateral actions that violate terms of the Railway Labor Act, which governs relations between airlines and employee unions. The “unilateral action” in question is the company’s attempt (at the Biden Administration’s direction) to force workers to either get the jab, or be fired or sent on unpaid leave, Bloomberg reports.

“The new vaccine mandate unlawfully imposes new conditions of employment and the new policy threatens termination of any pilot not fully vaccinated by December 8, 2021,” the legal filing said. “Southwest Airlines’ additional new and unilateral modification of the parties’ collective bargaining agreement is in clear violation of the RLA.”

According to the guidelines set out by President Biden (and “voluntarily” embraced by most of the major airlines), Southwest has a deadline of Oct. 4 under the federal mandate for employees to get jabbed or have an approved medical or religious exemption. SW is affected by the mandate because it has contracts with the federal government (like many large businesses).

The union represents 9,000 pilots at the airline, and a strike could easily disrupt American air travel (remember the air traffic controllers strike in the 1980s?)

For whatever reason, the airline isn’t backing down, insisting that the vaccination mandate (which airline CEOs have gone on TV to defend) isn’t an issue subject to labor-management negotiation, and that anybody who refuses the jab without an exemption will be fired.

“The airline disagrees with SWAPA’s claims that any Covid-related changes over the past several months require negotiation,” Southwest said in an emailed statement. The carrier is committed to working with its unions “as we continue navigating the challenges presented by the ongoing pandemic.”

Unfortunately for the Southwest, the vaccine mandate isn’t the only COVID-related policy that the pilots have taken issue with.

Other policies the union seeks to block include Southwest’s Covid quarantine rules for pilots and an infectious disease control policy that it says significantly altered work conditions, rules and rates of pay, until the two sides negotiate a resolution to alleged contract violations outlined in its original Aug. 30 lawsuit. The changes violate a “status quo” provision of the RLA by not maintaining terms of an existing contract during negotiations, the lawsuit claimed.

Pilots are also uniquely at risk because (as a growing number of Nordic countries impose new restrictions on mRNA vaccines, and amid skepticism about whether vaccines are really worth it for the young and healthy) an adverse reaction to the vaccine could cost them their pilots’ license.

Pilots are at a unique risk because adverse reactions to a vaccine could affect their ability to pass periodic medical examinations required to maintain their license. The union wants to negotiate, among other things, how such instances would be covered by long-term disability policies.

Understandably, before agreeing to all these restrictions, the union wants to make sure any pilot affected in this manner receive disability.

As we wait to see whether pilots at other unions push back in a similar way, over in the UK, restrictions on travelers and pilots are actually being relaxed.