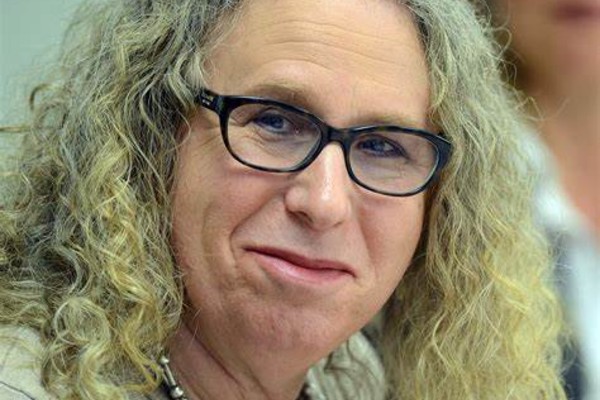 In May, Assistant Secretary for Health, Dr. Rachel Levine, claimed there is no debate among healthcare providers about whether children should be provided with “gender-affirming” care when struggling with the feelings of confused gender identity.

The “gender-affirming” care Levine refers to includes varying degrees of chemical or surgical sex changes. This could consist of “top” surgery to remove breasts or construct new breasts. It may consist of “bottom” surgery to remove sexual organs or attempt to reroute the urogenital structure of children. Additionally, it often includes cross-sex hormones, some of which have been used for chemical castration throughout medical history.

Levine, the first openly-transgender man who identifies as a woman to serve in a government position, blasted legislation passed in some states that restrict the promotion of sexual materials in schools, access to “gender-affirming” therapies, and bans transgender athletes from competitions.

Levine also claimed that there is no debate about “gender-affirming” care for kids.

“There is no argument among medical professionals — pediatricians, pediatric endocrinologists, adolescent medicine physicians, adolescent psychiatrists, psychologists, etc. — about the value and the importance of gender-affirming care,” Levine said.

This claim by Levine could not be further from the truth. The man who claims to be a woman has reason to stand behind such claims because not doing so would threaten the very basis by which Levine has public standing.

However, one of the largest groups of pediatricians has made a point to speak up and provide resources to refute such claims, declaring that “gender-affirming” care is dangerous and life-threatening to children.

According to the American College of Pediatricians, no single long-term study demonstrates the safety or efficacy of puberty blockers, cross-sex hormones, and surgeries for transgender-believing youth.

Puberty blockers may cause depression and other emotional disturbances related to suicide. The package insert for Lupron, the number one prescribed puberty blocker in America, lists “emotional instability” as a side effect and warns prescribers to “Monitor for development or worsening of psychiatric symptoms during treatment.”

Worse yet, puberty blockers can cause permanent severe side effects, including osteoporosis, mood disorders, seizures, cognitive impairment, and sterility when combined with cross-sex hormones.

All too often, physically healthy transgender-believing girls are given double mastectomies at 13 and hysterectomies at 16. And in the same fashion, their male counterparts are referred for surgical castration and penectomies at 16 and 17.

Many medical organizations worldwide, including the Australian College of Physicians, the Royal College of General Practitioners in the United Kingdom, and the Swedish National Council for Medical Ethics, have characterized these treatments in children as experimental and dangerous.

Swedish psychiatrist Dr. Christopher Gillberg has said that pediatric transition is “possibly one of the greatest scandals in medical history” and called for “an immediate moratorium on the use of puberty blocker drugs because of their unknown long-term effects.”

Dr. Angela Sämfjord started a gender clinic for minors in Sweden in 2016. She resigned after just two years because she was concerned that there wasn’t enough evidence to justify hormonal and surgical treatments in youth with gender dysphoria.

Despite the plethora of verifiable sources and voices who express dire concern for the wellbeing of children subjected to “gender-affirming” care, Levine and the whole of the Biden Administration have continued to push the agenda. There is no apparent level of respect for the physical and long-term quality of life of these children. There is nothing more than a virtue-signaling process attempting to secure voter support and sympathy from one of the nation’s smallest minority groups.

In March, a document titled “Gender Affirming Care and Young People” was issued by the Department of Health and Human Services’ Office of Population Affairs (OPA).

In the document, the HHS describes suitable treatments for transgender youth, including” ‘top’ surgery to create male-typical chest shape or enhance breasts” and “‘bottom’ surgery … on genitals or reproductive organs, facial feminization or other procedures.”

The NCTSN went a bit further than the OPA document, expressing support for hormone therapy for minors. In it, the NCTSN release says that proper treatments “may include evidence-based interventions such as puberty blockers and gender-affirming hormones.”