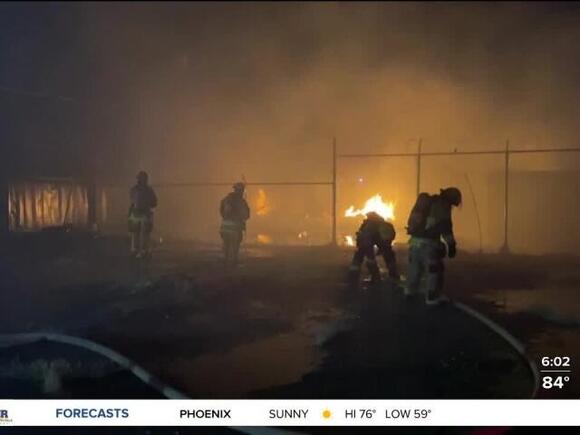 The City of Tucson is making standby plans in case it ends up firing a large share of police, firefighters and other city workers because they won’t take the COVID vaccine.

Tucson’s City Manager is still hoping to convince workers to get the vaccine before the city’s deadline.

Some Tucson Police, firefighters and civilian city workers are risking their jobs by refusing the city’s order to get the COVID vaccine.

You can read the City of Tucson vaccine policy at this link .

That’s led to questions about how public safety and city services will be affected if departments already short staffed—run even shorter.

Tucson City Manager Mike Ortega says city departments are working on contingency plans. He says details are evolving but they could include workers from one department filling in in a different department.

“So for example, if we have challenges in our 911 function, it could be that you, that we will reallocate customer service reps from our water group to go over and help out with some of the call taking. Those are examples of the reallocation of resources to make sure that the public health and public safety is, in fact, maintained.”

Ortega says for police, there are cases where some police functions don’t need a fully commissioned police officer with arrest power. The city already assigns some duties like that to what it calls community service officers.

The city says of about 4,400 workers, more than 3,600 have been vaccinated, but not quite 750 have not. Some of those have been granted medical exemptions, some have convinced the city they have a sincere religious objection. The rest risk firing, unless by December 1, they give the city a doctor’s letter saying why they should not get the vaccine, or the city grants a religious accommodation.

Ortega says the city expects someone to be able to detail why their faith tells them to reject COVID vaccine.

“If you have a sincerely held religious belief, you should be able to articulate that. However, if it’s vague or unclear the employee is then asked for clarifying information. The statement is then analyzed under the EEOC (U.S. Equal Employment Opportunity Commission) standards, and then a determination is made.”

He says for religious accommodation the city is not requiring anything like a letter from clergy.

Ortega says he still hopes most employees will be vaccinated by the December 1 deadline but he says the city is preparing recruitment campaigns to reduce existing staff shortages, and maybe fill slots vacant because a worker refused the vaccine.