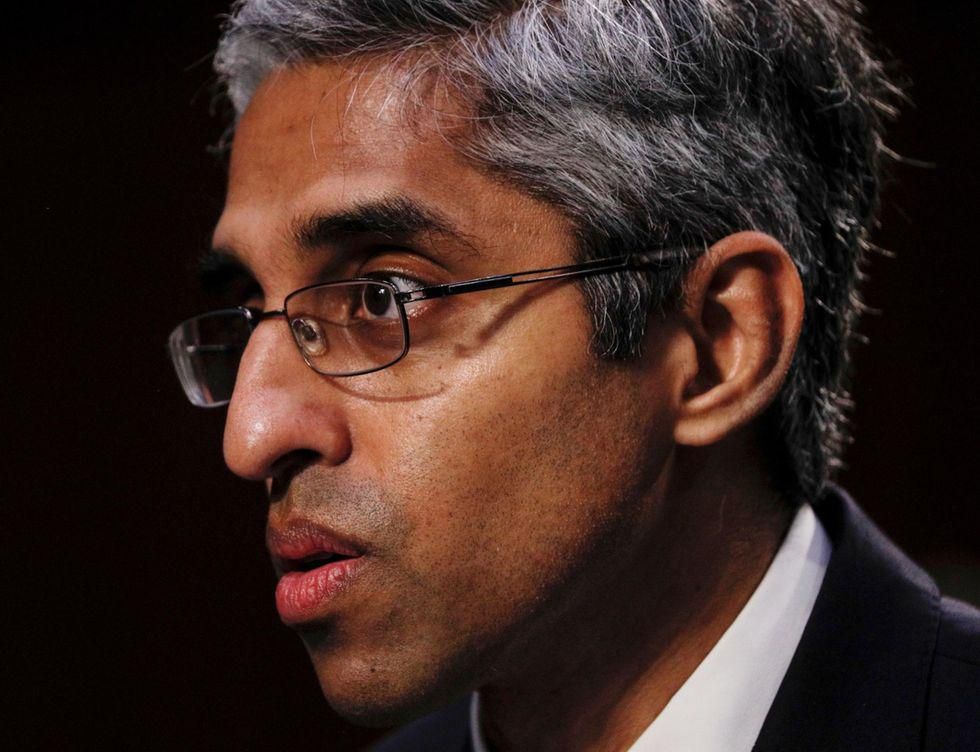 In a 22-page advisory, Murthy wrote that false claims have prompted people to reject coronavirus vaccines, masks and social distancing, undermining efforts to end the coronavirus pandemic and presenting an “urgent threat” to public health.

The warning comes as the pace of COVID-19 vaccinations has slowed throughout the United States, in part because of vaccine resistance.

Murthy, who also served as surgeon general under President Barack Obama, noted that surgeon general advisories have typically focused on physical threats to health, such as tobacco. But misinformation about COVID-19, deemed an “infodemic” by the World Health Organization, can be equally deadly, he noted.

“Misinformation poses an imminent and insidious threat to our nation’s health,” Murthy told reporters Thursday at the White House, the Associated Press reported. “We must confront misinformation as a nation. Lives are depending on it.”

Given the role the internet plays in spreading health misinformation, Murthy said technology companies and social media platforms must make meaningful changes to reduce its spread. Too often, he noted, the platforms are built to encourage, not counter, the spread of misinformation.

“We are asking them to step up,” Murthy said. “We can’t wait longer for them to take aggressive action.”

Facebook, YouTube, Twitter and other social media platforms have defended their work to stem the tide of misinformation. In a response to Murthy, Twitter noted that it has removed more than 40,000 pieces of content that violated its COVID-19 misinformation rules, the AP reported.

“We agree with the surgeon general,” Twitter said in a statement. “Tackling health misinformation takes a whole-of-society approach.”

Murthy also called on teachers to expand lessons on media literacy and critical thinking. Journalists should work to responsibly debunk health misinformation without inadvertently spreading it further, he added. And public health professionals should do a better job explaining why public health guidance can change as new information arises.

Murthy’s message of urgency extended to everyday Americans: He urged all citizens to verify questionable health information with trusted sources like the U.S. Centers for Disease Control and Prevention and to exercise critical thinking. If people have loved ones or friends who believe or spread misinformation, he said, it’s best to engage by listening and asking questions rather than by confronting them.

“Misinformation hasn’t just harmed our physical health — it has also divided our families, friends, and communities,” Murthy wrote in the advisory. “The only way to address health misinformation is to recognize that all of us, in every sector of society, have a responsibility to act.”

As schools around America begin to prepare for reopening this fall, many states are taking steps to stop public schools from requiring COVID-19 vaccination or proof of vaccination.

At least seven states — Alabama, Arkansas, Florida, Indiana, Montana, Oklahoma and Utah — have already passed such laws, while 34 more have introduced bills that would limit requiring someone to demonstrate their vaccination status, CNN reported.

Such moves leave public health officials worried about the limitations these laws could place on efforts to control the spread of the coronavirus and emerging variants.

“Anytime there’s legislation that potentially prohibits the health department from trying to prevent the spread of disease, even if it’s putting limits on masks or mandates on vaccination, then it’s another step that local health departments would have to go through should there be an outbreak or a rise in cases,” Lori Tremmel Freeman, chief executive officer of the National Association of County and City Health Officials, told CNN.

The various laws take different approaches, but the end result is that schools can’t require coronavirus vaccines, or in some cases, proof of vaccination, CNN reported.

In Alabama, Gov. Kay Ivey signed into law a bill that states that “institutions of education may continue to require a student to prove vaccination status as a condition of attendance only for the specific vaccines that were already required by the institution as of January 1, 2021,” a measure that would exclude coronavirus vaccines.

In Arkansas, its new law notes that receiving a coronavirus vaccine “shall not be a condition of education,” while Florida’s new law prohibits educational institutions from requiring students or residents to provide proof of vaccination, CNN said.

In Indiana, Gov. Eric Holcomb signed a similar law in late April that notes “the state or a local unit may not issue or require an immunization passport.” In Montana, the law signed by Gov. Greg Gianforte in May calls it “an unlawful discriminatory practice” to “refuse, withhold from, or deny” educational opportunities based on a person’s vaccination status, CNN reported.

Meanwhile, Oklahoma passed a law in June that prohibits public schools from requiring COVID-19 vaccination as a condition of admittance or attendance. And in Utah, a new law “prohibits a governmental entity from requiring that an individual receive a vaccine for COVID-19.” That includes public school districts, CNN said.

He pointed to another factor that is likely slowing the implementation of vaccine mandates.

“I think the other issue is because [vaccines are] still under emergency use authorization, it has created some hesitancy about going too far on this debate about mandating,” Ewig said. “My sense is that there are a lot of people that are waiting on the timing of that from when it goes from FDA emergency use authorization to full licensure, which I think we expect sometime in the fall.”