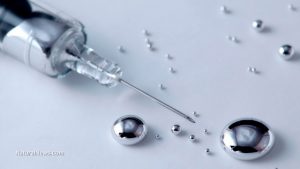 Vaccines today, like most pharmaceutical products, are no longer being produced or regulated in the countries in which they are used. There is an extensive international network of production and most Australian vaccines are made in other countries and licensed in the USA where vaccine manufacturers are free from liability for any harm that vaccines cause in humans.

Many vaccines today are being made in China and India and the Australian government does not provide information on its Immunise Australia Program (IAP) website describing where Australia’s vaccines are made.

China and India became major manufacturers of vaccines in 2014 and they are selling vaccines on the international market. The Council for Foreign Affairs stated in 2012 that this market had expanded rapidly and regulators were over-whelmed or non-existent in these countries (Garrett CFR 2012).

Research on the safety and efficacy of vaccines is not subjected to the same approval process as that for other pharmaceutical drugs. This is because vaccines are classified as “biologics” and not pharmaceutical drugs but this does not explain why they are tested in a different way to other drugs.

Vaccines are not tested for safety using an inert placebo nor are they tested for effectiveness by demonstrating that the vaccines can prevent the disease in unvaccinated people (Medical Products Agency – Sweden 2007). Researchers use the surrogate of antibody titer to make this claim but this is a small part of a very complex immune response to pathogens.

The Swedish government has stated it will not enforce mandatory or coercive policies on the population because of the serious adverse health outcomes that are associated with vaccines and because it is against the Swedish constitution. Colombia and Turkey have also taken this position.

In addition, the Australian government does not have to prove that vaccines can create herd immunity in the population before vaccines are approved for use in the population (Terry Nolan 2010 – chair of the ATAGI vaccine advisory board from 2005-2014). Hence the Australian government is claiming it is everyone’s responsibility to vaccinate with every vaccine that is recommended without having this evidence. Yet we do have evidence that the chemicals in vaccines will harm many children because of their individual genetic make-up.

The fact that the effectiveness of vaccines has not been proven in controlled clinical trials by observing that unvaccinated people do not get the disease is stated on the vaccine package inserts for many vaccines. Your doctor can provide you with these package inserts that also list the 158 serious adverse health outcomes that have been associated with vaccines for decades due to the chemicals in vaccines (Institute of Medicine).