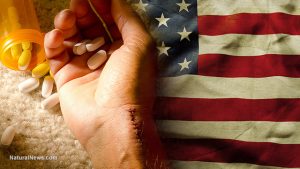 You can have Obamacare. Or you can take the current Republican re-do. Have you read it? Do you know exactly what’s in it? Of course not.

I can tell you this. Every possible healthcare bill has the same flaw. It’s called death. I’ll explain in a moment.

But first I want to mention that, for the past decade, as a working reporter, I’ve taken many actions to put a piece of medical information in front of mainstream news media, and they won’t bite. No matter what. I’ve published the information, backed it up seven ways from Sunday, and it doesn’t matter. No dice.

Therefore, any new law that places more Americans inside the medical system through insurance plans will increase those death numbers. The death numbers will rise to new heights.

Where does the 225,000 death figure come from? A review in the July 26, 2000, Journal of the American Medical Association, titled: “Is US Health really the Best in the World?”The author was Dr. Barbara Starfield, a revered public health expert at the Johns Hopkins School of Public Health.

When I interviewed her in 2009, not long before her death, I asked whether the federal government was doing anything to comprehensively fix the medical horror show, and whether any official from the government had approached her to consult on that fix. To both questions, she emphatically answered: “NO.”

In her Journal review, Starfield broke down the ongoing medical tragedy this way: annually, 106,000 Americans die from the effects of correctly prescribed, FDA approved, medicines. 119,000 Americans die as a result of mistreatment and errors in hospitals.

Again, it doesn’t matter what kind of national health insurance plan you prefer. As long as it puts more Americans under the umbrella of the medical system, the death figures will rise.

Starfield was not the only person to blow the whistle. I’ll give you two more examples.

Consider this article, “The Epidemic of Sickness and Death from Prescription Drugs.” The author is Donald Light, who teaches at Rowan University, and is the 2013 recipient of ASA’s [American Sociological Association’s] Distinguished Career Award for the Practice of Sociology. Light is a founding fellow of the Center for Bioethics at the University of Pennsylvania. In 2013, he was a fellow at the Edmond J. Safra Center for Ethics at Harvard. He is a Lokey Visiting Professor at Stanford University.

Donald Light: “Epidemiologically, appropriately prescribed, prescription drugs are the fourth leading cause of death, tied with stroke at about 2,460 deaths each week in the United States. About 330,000 patients die each year from prescription drugs in the United States and Europe. They [the drugs] cause an epidemic of about 20 times more hospitalizations [than the deaths: 6.6 million hospitalizations annually], as well as falls, road accidents, and [annually] about 80 million medically minor problems such as pains, discomforts, and dysfunctions that hobble productivity or the ability to care for others. Deaths and adverse effects from overmedication, errors, and self-medication would increase these figures.” (ASA publication, “Footnotes,” November 2014)

Lenzer refers to a report by the Institute for Safe Medication Practices: “It calculated that in 2011 prescription drugs were associated with two to four million people in the US experiencing ‘serious, disabling, or fatal injuries, including 128,000 deaths.’”

The report called this “one of the most significant perils to humans resulting from human activity.”

And here is the final dagger. The report was compiled by outside researchers who went into the FDA’s own database of “serious adverse [medical-drug] events.”

Therefore, to say the FDA isn’t aware of this finding would be absurd. The FDA knows. The FDA knows and it isn’t saying anything about it, because THE FDA CERTIFIES, AS SAFE AND EFFECTIVE, ALL THE DRUGS THAT ARE ROUTINELY MAIMING AND KILLING AMERICANS.

What I’m pointing out in this article is an ongoing devastation that sits at the bottom of any conventional health plan.

All discussions about which national insurance scheme is right for you ignores that devastation.

The author of three explosive collections, THE MATRIX REVEALED, EXIT FROM THE MATRIX, and POWER OUTSIDE THE MATRIX, Jon was a candidate for a US Congressional seat in the 29th District of California. He maintains a consulting practice for private clients, the purpose of which is the expansion of personal creative power. Nominated for a Pulitzer Prize, he has worked as an investigative reporter for 30 years, writing articles on politics, medicine, and health for CBS Healthwatch, LA Weekly, Spin Magazine, Stern, and other newspapers and magazines in the US and Europe. Jon has delivered lectures and seminars on global politics, health, logic, and creative power to audiences around the world. You can sign up for his freeNoMoreFakeNews emails here or his free OutsideTheRealityMachine emails here.