As the US prepares to roll out booster shots for its citizens, depriving the developing world of badly needed supplies, scientists have continued to warn about new COVID variants emerging in various corners of the world. Yesterday, we focused our attention on a new variant emerging in South Africa that scientists fear may be capable of surpassing vaccine-produced antibodies.

But the WHO revealed during its weekly briefing on Tuesday that it’s monitoring a new variant that was first identified in Colombia back in January. Known alternatively as “Mu” and B.1.621, the variant has been classified as a “variant of interest”, according to WHO’s weekly pandemic bulletin, making it one of a small handful of mutant strains that are actually at risk. 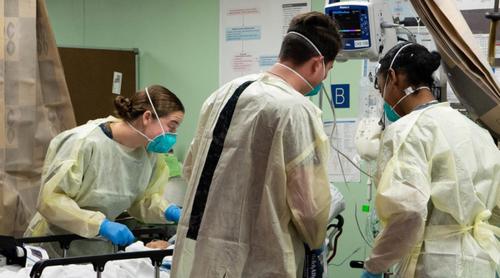 Certain mutations identified in the variant suggest it could be resistant to vaccines and stressed that further studies were needed to better understand it.

“The Mu variant has a constellation of mutations that indicate potential properties of immune escape,” the bulletin said.

Concerns about new variants emerging have intensified as infection rates have continued to climb globally, with the highly transmissible delta variant taking hold. Since first emerging in Colombia back in January, the Mu variant has spread to other South American nations, as well as some parts of Europe. Despite adding ‘Mu’ to its monitoring list, the WHO says the strain only has a 0.1% global prevalence among sequenced cases.

The addition of the Mu strain to the list of ‘variants of interest’ marks the first time a mutated version of the virus has been added to the list since June, when the Lambda mutation – which was also initially detected in South American (this time in Peru) – was added.

The WHO currently identifies four Covid-19 variants of concern, including Alpha, which is present in 193 countries, and Delta, present in 170 countries. Five variants, including Mu, are to be monitored.