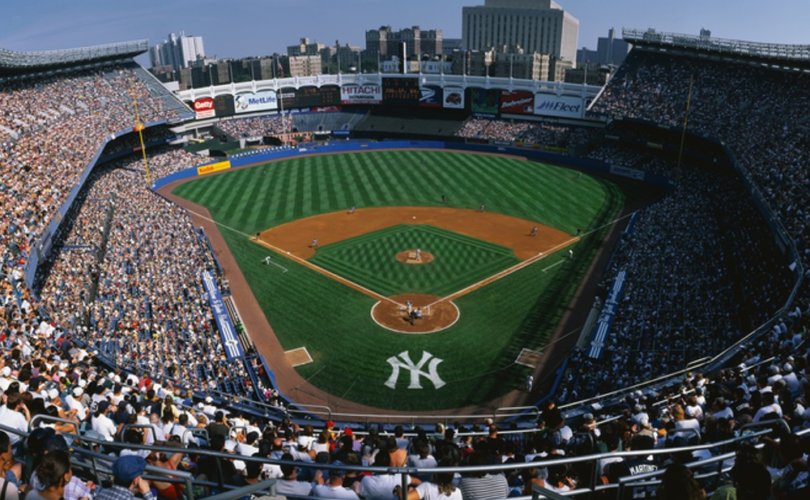 NEW YORK (LifeSiteNews) — A “veteran waitress” at Yankee Stadium, who declined to get injected with the COVID-19 shots for religious reasons, is filing a lawsuit over New York City Mayor Eric Adams’ order exempting professional athletes from the city-wide jab mandate that continues to penalize unvaccinated workers, the New York Post reported.

Virginia Alleyne, 57, is filing a legal challenge in the Manhattan Supreme Court in a bid to overturn Mayor Adams’ “arbitrary and capricious” exemption, which has deprived her of necessary income while authorizing  unvaccinated pro athletes to play and earn money unhindered.

Alleyne had been placed on unpaid leave from her job as a waitress at the stadium’s high-end Legends Suite Club restaurant in September because she is unvaccinated.

She had worked for the establishment for 17 years.

“I was literally begging for my job and I knew I am not going to be able to take care of my son,” said Alleyne, who is the mother of a 15-year-old autistic boy.

Alleyne said she made $400 to $600 a shift in wages and tips combined, but is not seeking lost wages. Instead, she simply wants the exemption overturned.

“For [Adams] to allow millionaires to work and to punish the workers who are the lifeblood of this city is just horrendous,” Alleyne told the Post, calling the jab mandate’s carveout for professional athletes “despicable.”

“So many workers have lost their jobs, yet he’s rewarding the millionaires because he doesn’t want them coming after him,” she added. “We are being punished by a blatant and egregious double standard.”

On March 24, over a month after more than 1,400 city employees were fired for refusing to get the COVID-19 jab, Mayor Adams announced he would exempt athletes and performing artists from the mandate.

The New York Post noted that the class-action lawsuit filed on behalf of Alleyne and “all other individuals similarly situated” has been brought by the so-called “anti-shutdown lawyer” James Mermigis, “who is behind a slew of pandemic-related litigation.”

“Today is opening day. Everyone will be back at Yankee Stadium except my client,” Mermigis told the Post.

“Fifty thousand fans will be cheering in Yankee Stadium without regard to vaccination status, but my client remains unemployed,” Mermigis said.

Alleyne told thePost that although she has “been struggling” and “can barely make ends meet,” she “chose to starve because of the principle” even though “[e]verybody else folded. Everyone chose to make money.”