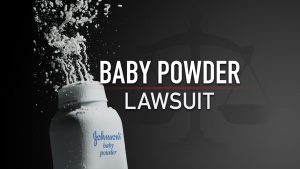 Johnson & Johnson was ordered by a Missouri jury to pay over $110 million ($A148m) to a Virginia woman who says she developed ovarian cancer after decades of using its talc-based products for feminine hygiene.

The verdict in state court in St Louis on Thursday was the largest so far to arise out of about 2,400 lawsuits accusing J&J of not adequately warning consumers about the cancer risks of talc-based products including its well-known Johnson’s Baby Powder.

Many of those lawsuits are pending in St Louis, where J&J has faced four prior trials, three of which resulted in $197 million verdicts against J&J and a talc supplier.

Mrs Lois Slemp, 62, sued the company. A resident of Virginia, she is currently undergoing chemotherapy after her ovarian cancer which was initially diagnosed in 2012 returned and spread to her liver.

The jury awarded $5.4 million in compensatory damages and said J&J was 99 percent at fault while Imerys was just 1 percent. It awarded punitive damages of $105 million against J&J and $50,000 against Imerys.

Reuters watched the verdict through Courtroom View Network, which broadcast it online.

“Once again we’ve shown that these companies ignored the scientific evidence and continue to deny their responsibilities to the women of America,” Ted Meadows, a lawyer for Slemp and other plaintiffs, said in a statement.

J&J in a statement said it sympathised with women impacted by ovarian cancer but planned to appeal.

“We are preparing for additional trials this year and we continue to defend the safety of Johnson’s Baby Powder,” J&J said.

The verdict came after J&J secured its first trial win in the Missouri litigation, when a jury in March sided with the company in a lawsuit by a Tennessee woman who said she developed cancer after using Baby Powder.

That verdict broke a three-trial winning streak by plaintiffs that began with a verdict in February 2016 in which a jury awarded $72 million to the family of a woman who died from ovarian cancer.

In May 2016, another jury awarded $55 million to a woman who said J&J’s talc-powder products caused her to develop cancer. A third jury hit J&J and Imerys with a $70 million verdict in October.