Just as America’s new 5G cell telephone network was launched, partially, this week, major airlines canceled flights amid fears the signals could interfere with key airliner systems, such as the altimeter, and cause them to crash.

“I need to be as candid as I normally am and say this is one of the most delinquent, utterly irresponsible issues I’ve seen in my aviation career because it involves organs of government, manufacturers, science,” Clark charged in a report in the Daily Mail. 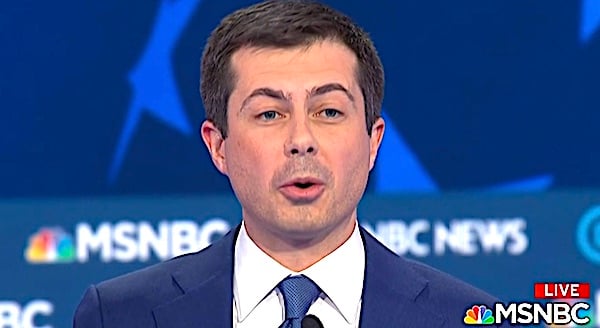 The 5G system was turned on, partly, this week. Its towers around many airports remained locked down because of concerns over potential conflicts with airliner operations.

The Daily Mail report confirmed AT&T and Verizon turned on some 4,500 towers across the country for the new system.

But, the report explained, “They had to hold back on 10% of the towers – 500 – that are near airports because the frequencies the towers emit could interfere with the signal on some planes.”

Some airports have developed “buffers” to protect jets, but major airports like Denver, Boston, Memphis, Houston and Atlanta, have not, the report said.

The result of canceled flights by not just Emirates, but a long list of other airlines too, left passengers stranded from coast to coast.

“In total, 239 flights to, from and within the U.S. have been canceled so far. It’s unclear if all have been scrapped because of 5G, but the network launch is causing major issues,” the report said.

Some of the canceled flights were brought back into the schedule, but the result of some flights off, some on left the chaos.

Chiefs of America’s airlines, many of which have pricey contracts with the government, said the compromise that allowed the system to power up while protecting areas around airports was good.

But Clark blasted the Biden administration for igniting the potential firestorm of problems by rolling out the 5G system “without addressing the safety fears of the aviation industry first.”

He said airlines weren’t even made aware of the threat until this week.

Buttigieg, who was blasted by critics for taking two months of paternity leave last year as the world supply chain problem threatened hazards for multiple economies, commented earlier this week that the government was “aware” of the issues. Clark warned, however, “‘The notion that, for instance, the United States government should sell its franchise for all the frequencies for a large amount of money … somebody should have told them at the time – that the risks and the dangers they placed in certain frequency uses around field, airfields, metropolitan fields that should have been done at the time.”

He said the radio frequency conflict could affect not only radio altimeter systems, but also “the flight control systems on the fly-by-wire aircraft.”

In a statement, United Airlines explained, “‘We’re pleased the Biden administration reached a compromise with AT&T and Verizon to avoid mass cancellations across the aviation industry. We look forward to a higher level of coordination between the regulators, telecom companies and the aviation industry to ensure that customers are not faced with disruptions going forward.”

But it had canceled dozens of flights already.

The Daily Mail reported, “Lacking an immediate solution, passengers and airlines are bracing for further delays and cancellations as the travel chaos shows no sign of stopping.”

The report explained the problem was especially concerning for some airliners, such as the Boeing 777.

The report noted AT&T and Verizon have spent tens of billions of dollars to license the 3.7 to 3.98 GHz frequency range.

The C-band is a portion of the electromagnetic spectrum in the microwave range of frequencies ranging from 4.0 to 8.0 gigahertz (GHz), although the US Federal Communications Commission has designated 3.7-4.2 GHz as C band too.

The problem is that wireless spectrum used by 5G networks could interfere with radio altimeters, which measure a plane’s altitude – especially important for low-visibility operations.

Airline officials at the beginning of the week “begged” the Biden administration to stop AT&T and Verizon from rolling out their new systems at airports, the report said.

The fight had has the Federal Communications Commission and cell companies on one side, and the Federal Aviation Administration and airlines on the other.

The 5G system is the latest version of digital communications that came about in the 1990s. It is expected to be 100 times faster than the current system, while would make mobile operations as fast as office-based web connections.

But the report noted other potential conflicts are pending with medevac helicopters, too.