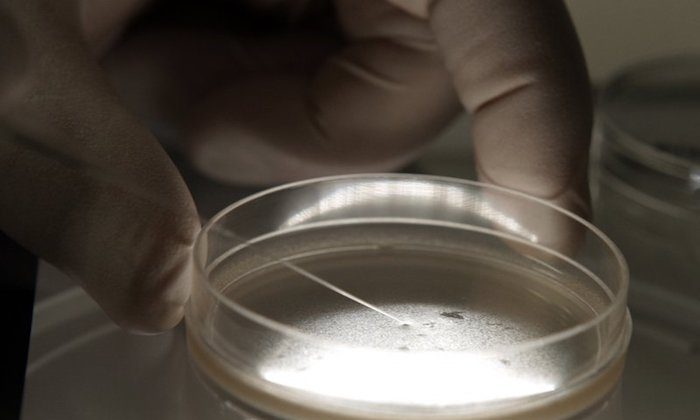 ICAN’s lawyers sent the CDC a letter on June 25, 2021, asking for documents that contained the word HEK.

“Immortalized human cell lines live outside of the body in nutrient media that, under ideal conditions, will replicate forever without death,” Dr. James Thorp, a maternal-fetal medicine expert told The Epoch Times.

“These various cell lines are used for numerous experimental purposes including the development of vaccine technology and genetic modification. The origin of these numerous human immortal cell lines is impossible to determine for certain but likely derived from abortions, miscarriages, fetal deaths, or other human sources derived from a variety of different organ systems,” Thorp said.

Recently, the CDC had to release 281 pages of related documents.

An email from 2015 with the subject “Research using Fetal Tissue” says in the unredacted part that “The list below contains all the cell lines Jason’s team has cultured,” which include 22 human cell lines.

The main controversy with stem cell research arises in the harvesting of stem cells from human embryos that are usually conceived in a lab.

In a bid to appease those concerned, Obama said: “We will never undertake this research lightly. We will support it only when it is both scientifically worthy and responsibly conducted. We will develop strict guidelines, which we will rigorously enforce, because we cannot ever tolerate misuse or abuse. And we will ensure that our government never opens the door to the use of cloning for human reproduction. It is dangerous, profoundly wrong, and has no place in our society, or any society.”

Though HEK293 is commonly believed to have been obtained from an aborted human fetus, I received an e-mail a few months ago from Professor Frank Graham, who established this cell line. He tells me that to the best of his knowledge, the exact origin of the HEK293 fetal cells is unclear. They could have come from either a spontaneous miscarriage or an elective abortion.

Thorp, who has seen many complications in pregnant women and fetuses since the COVID-19 vaccine rollout, believes that the manipulation of human cell lines should not be used for experimentation, on moral grounds.

“The potential harm from evil, unethical research can never be outweighed by potential benefits. We are made by God in His own image inherent in our DNA and any attempts to change this has profound implications for humanity,” Thorp said.

Some Catholic and Eastern Orthodox adherents also view the usage of HEK 293 and its derivatives for the production of vaccines and other medications as an ethical dilemma.