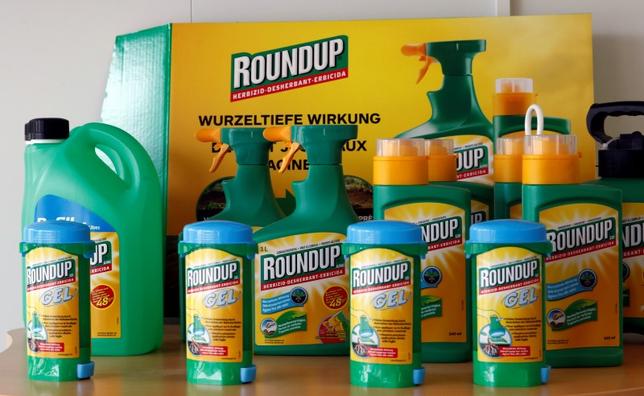 Euros Grant Stay Of Execution For Glyphosate: Sales To Be Allowed To Continue For 18 More Months, Sure To Remain A Contentious Issue

The European commission has granted glyphosate a stay of execution for another 18 months, as the member states failed again to vote on an extension of the permit allowing it to be sold across the Union.

Health Commissioner Vytenis Andriukaitis said that the extension would be granted in order to allow time for further studies to examine claims that it is a carcinogen and dangerous for use as both an industrial weed-killer as well as a consumer product.

The herbicide–which is the main ingredient in Monsanto’s best-selling weed-killer Roundup–has been all over the news lately, and not in a good way. Among the problems that have been connected to glyphosate are:

• The aforementioned World Health Organization study, conducted by the International Agency for Research on Cancer that found that glyphosaste is a “probable carcinogen.
• Multiple studies pointing to glyphosate as a major cause for massive honeybee die-offs around the world.
• Glyphosate turning up in all kinds of consumer products, from German beer to California wine to Quaker Oats cereal

For his part, EU Health Minister Andriukaitis didn’t exactly give the extension a ringing endorsement.

“The Commission will follow our legal obligation,” he said at a press conference. “We know very well that we have a deadline of June 30. We will adopt an extension for glyphosate of 18 months.”

And although glyphosate opponents are sure to find consternation in the decision, taking a long view and adding some perspective to it reveals that it is at least a step in the right direction. The commission was first asked to re-approve the sale of glyphosate for an additional 15 years, which was later whittled down to seven. There are worse places the current discussion could have ended up than a mere 18 months, a period in which many think the chemical is on its last legs on the continent.

Despite industry lobbyists scrabbling to curry favor with the commission, all they managed to eke out was a mere 18 months, months during which opponents can continue to study the problems with glyphosate and disseminate the information, educating more and more people as to the danger of living and raising children with the deadly chemical virtually everywhere.

Because it really is everywhere: in the U.S. for example, in one year alone 2007, over 180 million pounds of the stuff was used on crops. By 2016 that number had increased a hundredfold due to glyphosate-resistant weeds emerging.

Here’s hoping the EU keeps a close eye on the shenanigans of the lobbyists selling this poison, and on the fat cat commissioners who would love nothing more than to approve its sale to please their corporate masters for the next 18 months. In the meantime, we should count this as a win–not a perfect win, but a win nonetheless.
###
http://www.reuters.com/article/us-health-eu-glyphosate-idUSKCN0ZE25B