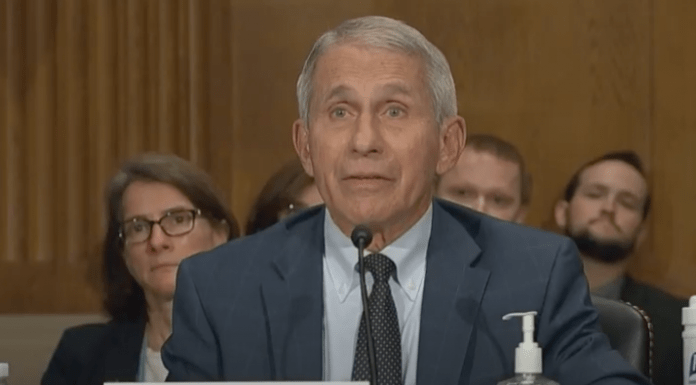 ‘The COVID-19 pandemic is one of the most manipulated infectious disease events in history, characterized by official lies in an unending stream lead by government bureaucracies…’

A report published on the official National Library of Medicine (a government agency) calls out manipulation and misinformation during the COVID-19 pandemic by governments.

Russell L. Blaylock, a retired neurosurgeon, wrote that “The COVID-19 pandemic is one of the most manipulated infectious disease events in history, characterized by official lies in an unending stream lead by government bureaucracies.”

He referred to the government’s responses to the pandemic as “a long list of unprecedented intrusions into medical practice, including attacks on medical experts.”

Blaylock has written extensively about viruses and their impact on the human body in the past—long before COVID-19. He also has discussed the government’s detrimental role in healthcare on several occasions prior to the pandemic.

Despite it’s disclaimer, the report was considered valid enough for inclusion on the NLM’s official government website.

It went on to accuse the leaders of mainstream media and social media of assisting in the dissemination of COVID misinformation.

Blaylock especially called out the attacks on Dr. Peter McCullough, a well-cited medical expert who has successfully treated thousands of COVID cases. The media and government continue to attack his reputation despite a clear track record.

This isn’t the first time that scientists and medical experts have called out the government’s misinformation and dangerous response to COVID-19.

Headline USA previously covered a long list of experts and government officials exposing true misinformation—including the director of the Illinois Department of Health, who openly admitted that COVID death numbers were inflated.

A peer-reviewed neurosurgery journal published an article peddling false statements about the pandemic — without any evidence to support its claims, an expert said.

The editorial by Russell Blaylock, MD, in Surgical Neurology International, stating that the COVID-19 pandemic was “one of the most manipulated infectious disease events in history.”

The piece, entitled “COVID UPDATE: What is the truth?” claims that the pandemic was characterized by lies from government officials and medical societies. It claims that the media is orchestrating cover-ups, under the control of pharmaceutical companies. And it claims that “hundreds of thousands” have been killed by mRNA vaccines, and many times more have been injured.

But although the editorial is published in a peer-reviewed scientific journal, it provides no solid scientific evidence to back up its claims, only unfiltered conjecture from its author, according to Gideon Meyerowitz-Katz, PhD, an epidemiologist with the University of Wollongong in Australia.

Meyerowitz-Katz wrote a Twitter thread outlining his concerns with the editorial, calling the piece “bizarre” and “astonishingly unscientific.” The epidemiologist told MedPage Today that many of the papers cited in the editorial actually disagree with the points made in the editorial.

Blaylock also links to conspiracy theory blogs, Meyerowitz-Katz said. One quotes Ryan Cole, MD, a pathologist in Idaho under fire for spreading COVID misinformation, as seeing a “dramatic spike” in aggressive cancers among vaccinated individuals but provides no data to support that claim.

Several other references in Blaylock’s article are to items by physicians infamous for spreading COVID misinformation, being active in political movements, and speaking at conservative rallies, such as Peter McCullough, MD, Pierre Kory, MD, Meryl Nass, MD, and Joseph Mercola, DO, to name a few.

“While Dr. Blaylock is, of course, entitled to his opinion, this is supported in the article largely by low-quality sources that completely lack credibility or simply do not support his argument,” Meyerowitz-Katz said. “Much of the editorial is supported by no references at all and simply represents the author’s own views.”

In an email to MedPage Today, Blaylock said that he has never seen such a “blatant demand from a group of doctors” to end free speech and debate. “The pandemic is over, so there is no justification for continuing this totalitarian suppression of dissenting views,” he stated.

James Ausman, MD, PhD, the emeritus editor-in-chief of Surgical Neurology International, said in a statement to MedPage Today that the journal “is open to comments from any reader as long as the comments are factual and free of personal comments.”

Blaylock has a history of spreading misinformation in the nutrition world, claiming that certain food additives are “excitotoxic” to the brain in normal doses. Many have credited the former neurosurgeon for starting the health scare around monosodium glutamate (MSG), after he wrote in his 1994 book, Excitotoxins: The Taste that Kills, that it could be linked to brain damage and neurodegenerative diseases.

The physician has also historically opposed vaccines, notably stating that the swine flu was a human-made virus, and promoting cold showers as a remedy to counter the “dangerous effects” of the H1N1 vaccine.

The journal states that the articles it publishes must be “fact-based,” but added that it “understands that facts may be interpreted differently by different readers.”