You might have heard that even though the U.S. Food and Drug Administration (FDA) has officially “approved” one COVID shot so far – the so-called COMIRNATY from Pfizer – this approved drug is supposedly not being administered in clinics, doctors’ offices, and pharmacies.  Instead, only the version that was granted Emergency Authorization Use (EUA) is available. Pfizer has announced it will not be producing its COMIRNATY vaccine.

The reason, some skeptics claim?  Until and unless COMIRNATY is added to the official childhood vax schedule per the Centers for Disease Control and Prevention (CDC), Pfizer is reluctant to roll out their shiny and new approved drug to adults because it would make them vulnerable to lawsuits over injuries and death that these shots may cause (since the insane legal immunity granted to vax manufacturers is only applicable to their products that are part of the official jab schedule).

According to the Daily Exposé, retired Australian lawyer Julian Gillespie recently testified in front of a panel called Covid Under Question, a “cross-party inquiry into the Australian government’s response to COVID.”

During his testimony, given on March 23, Gillespie points to the lack of consistency in the formula of the mRNA COVID jabs used during clinical trials versus the formula of the jabs that were actually rolled out and given to the public “in a rush.”

“[For example] Pfizer’s clinical trial was said to have been run with mRNA integrity of 72% … after they got approval and went to commercial operations … they could not get stability on the mRNA integrity … In a rush to get this stuff out the door and approved, all of a sudden, the regulatory agencies, the FDA together with the [European Medicines Agency of the European Union] together with the English equivalent, the [Medicines and Healthcare products Regulatory Agency of the UK], all of a sudden dropped the mRNA integrity requirement, to 50% … there were no clinical trials done with respect to any vaccine, which was only putting forward an mRNA integrity of 50%.  So, there’s no safety data with respect to the lower mRNA integrity, and there’s no efficacy data with respect to the lower mRNA efficacy.”

He adds: “We’ve never seen such instability in drugs.”

Could the rapid decline in “efficacy” of the COVID shots be partially explained by Gillespie’s claim (which he says is informed by evidence brought forth by a Pfizer whistleblower)?

Moreover, if his claims are indeed true, does this mean that technically NO ONE has actually offered informed consent to these mass-produced drugs, as they were not given the truth about what they were allowing to be injected into their arms or their children’s arms? 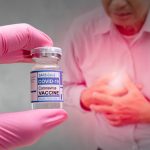 During his testimony, Gillespie brings up several other points regarding his concerns about how COVID-19 and the vax rollout were handled.

Referencing his country’s version of the United States’s vax surveillance program VAERS, Gillepsie says that the number of Australian deaths related to vaccines has gone from 2.4 deaths per year on average (since 1971) to as high as 800 deaths in the last 12 months alone, and over 110,000 adverse events reported.

He also questions the official claim that the spike proteins produced by the body in response to the COVID shots are not entering the cell nucleus nor altering DNA, saying that “[a] peer review report … three weeks ago [shows] that the mRNA that is contained within these vaccines is also entering the nucleus.  It is interfering in measurable form, with the DNA … It is causing disruption to a number of typical chemical activities,” including (but perhaps not limited to) embryo health in females.