Where have the rights of the parents gone in this country?

Where are the rights of the parents gone in this country, when parents are not allowed to medically treat their child in a way they see fit. A way that involves a plant, which has proven all over the world to work with their child’s conditions.

These parents have seen the improvements their little boy went through after he started using medicinal marijuana. Anyone can see the improvements Chase has shown over the last 6 months. There is no denying.

The medical establishment and especially the Lady Cilento Hospital in Brisbane have shown that they don’t care about real treatment. A possible cure. They want to continue on the path they seem fit. The path of pharmaceutical, chemical drugs, pharmaceutical chemical food formula and no plan whatsoever about any kind of recovery. Why would anyone choose that option over an organic plant oil? An oil that has proven to heal cancers. That is legal in many countries around the world and is used in much more.

This story, however, was screwed from the start. A deliberate attempt by the medical tyrannic establishment to shame, harass and intimidate the parents of this boy. Queensland Police released a statement and video to the media. In this video, Chase’s parents were depicted as common criminals. They weren’t even named as the parents. They were “a male and a female known to the boy”. There was a photo of them and a photo of Chase. Why not say that these people are the parents of the child? They did not have any family court orders against their name.

As far as the law goes they were and are completely fit parents who by law should be allowed to take their child out of a hospital. Why did Queensland Police see it as an ok measure to run with the Amber Alert? The way many will see this is that it shows once again the absolute corruption at the highest levels in Australia. It shows that a few tyrannic, drug-pushing doctors can make the Queensland Police use one of their most powerful weapons in child abduction cases to help these pharmaceutical drug pushers intimidate and shame a loving family who has done absolutely nothing wrong.

When was it ever ok to use this kind of weapon against parents who by law are free and able to take care of their children? And how would it be ever justified to not mention that they are his parents in the original press release?

Isn’t this why we have a judicial system in Australia? So that a doctor can’t dictate his views onto the people. So that the police can’t misuse their powers? Are the Queensland Police really not capable of seeing that this whole thing was based on nothing? Where they not informed by the hospital that these people “known to the boy” were indeed their parents? Because if they were aware and they should have been aware, this is information that obviously should have been shared. As there was no reason for the police to question the capabilities of the parents. They have to follow the law and the courts. Not a doctor’s opinion.

Instead, they were plastered over the media. Depicted as thugs and unfit parents. Short snippets of Facebook videos, taken out context and smeared all over the internet. Media that was quick to label the parents with a derogatory term. “Anti-vaxxer”. This had nothing to do with the reason the parents left the hospital. The fact that they have many reasons to believe that their son was vaccine damaged shortly after birth is also not something worth mentioning. The fact that these parents have fought tirelessly for years to get this case to court and get the compensation they deserve. A fight that is being dragged out and riddled with many more stories of corruption and fraud of the medical establishment. No, the parents are just “anti-vaxxer parents”. The media didn’t even try to give the real story and did not mention medical marijuana. They just showed the “anti-vaxxer mum” as can be seen below.

However, there was coverage on Yahoo7 later in the evening that showed the story from a much more unbiased standpoint. One that actually addressed the problem. The medicinal cannabis. Which can be seen here.

But what really happened today is the media, the Queensland Police and the medical establishment losing face. Losing their credibility. This was never about what is best for Chase. This is about the “anti-vaxxer parents” of Chase who have chosen a natural way to treat their son.This is about the pharmaceutical companies using their tentacles to stop medicinal marijuana from becoming the medicine it is. They know they can’t patent a plant. They know about the healing capabilities. They don’t want it and they don’t want any success stories. And today was all about squashing a family who has been vocal about their choice for a natural solution to their medical problem. A solution which is working wonders. Today was about intimidating these parents and shaming them back into the tentacles of the medical establishment. Today has shown that we truly live in a medical tyranny. When loving caring parents get plastered all over the media as unfit, criminal and “anti-vaxxer” parents because they don’t agree with the way their child has been treated. When these parents are publicly vilified for nothing more than wanting the best for the child. It shows that we are no longer free in Australia!

We need everyone in Australia that knows about this story to share this story. Talk about it at the school, at your work and make people aware. Because we know the majority of Australians know that medicinal marijuana works. They want it legalized. So let’s get this story out there and show the people in what kind of tyrannic and fascist state we live.

Let’s support Cini and Marc and their little boy Chase as well as their other 2 beautiful daughters in their fight for justice. Their fight for a life for Chase. Support them on Facebook and support them financially if you can miss a bit of money. Let’s come together as a community and get this family the support they deserve. The support that will make Australia a better country for all of us if they can show the system the people are stronger!

Watch Cini in this Facebook Live as she tells her side of the story from the hospital tonight.

Find the link to how to help them financially here.

Thank you for your support in advance! 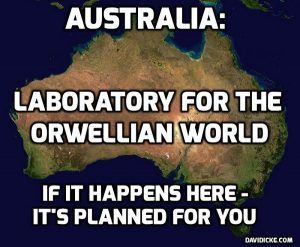