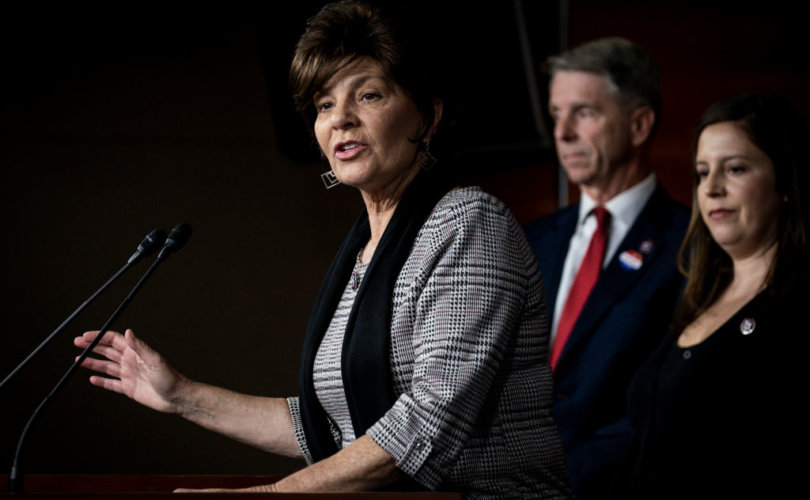 (LifeSiteNews) — A Republican congresswoman said she will propose a bill seeking to give political asylum to Canadians persecuted by the Trudeau government.

After Prime Minister Justin Trudeau invoked the Emergencies Act, giving him the power to freeze private bank accounts without a court order and to disband peaceful protests with brute force, Rep. Yvette Herrell from New Mexico tweeted she will be proposing legislation that would provide political asylum to “innocent Canadian protestors who are being persecuted by their own government.”

“Justin Trudeau’s heavy-handed crackdown against peaceful protesters in Canada is not the action of a Western Democracy, but that of an authoritarian regime like Venezuela,” Herell posted to social media last Saturday.

“Just as we provide asylum for political prisoners, we should do the same for truckers who have been subjected to violence, had their property confiscated, and their bank accounts frozen by a government that is quickly becoming the embarrassment of the free world,” continued the congresswoman.

“I am introducing legislation that would temporarily grant asylum to innocent Canadian protesters who are being persecuted by their own government. We cannot be silent as our neighbors to the north are treated so badly,” she concluded.

Included in her social media posts was a video from Fox News’ Tucker Carlson, showing multiple instances of violence being inflicted on peaceful protestors at the hands of Canadian law enforcement.

One of the video clips shows horses trampling on citizens. One of them is an elderly woman on a mobility scooter. Another clip shows multiple officers physically harassing another elderly woman.

It is not just citizens and the right to peacefully assemble that has been under attack by the Trudeau government, but freedom of the press as well.

Two media outlets have announced they will be taking legal action against the police after one reporter says he was pepper sprayed by the police, while another reporter has posted video footage of her being beaten by batons and shot with what seems to be a tear gas canister at point-blank range.