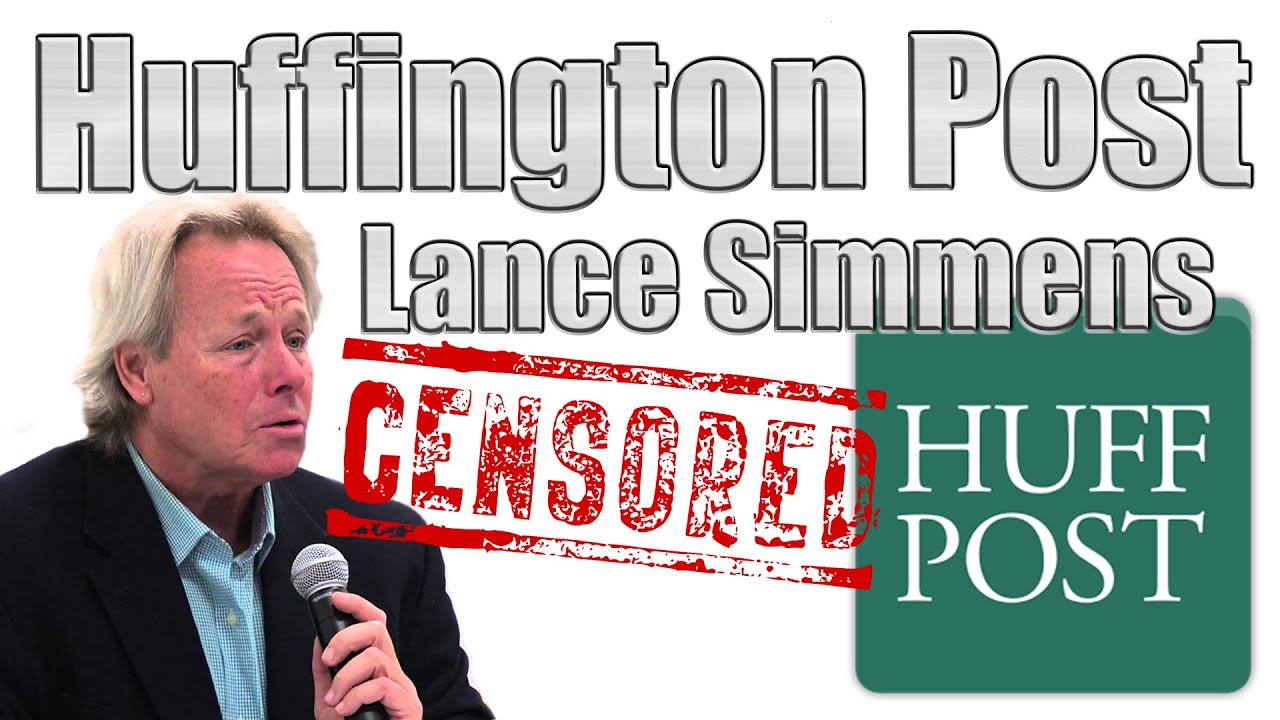 You Can Say NO to Vaccine Mandates Here: http://TinyURL.com/VaccinationISViolation
It seems like no matter how badly the powers-that-be wish it would just go away, “Vaxxed” keeps popping up in the news.

The latest controversy swirling around the groundbreaking film that exposes the lies of the state-supported vaccine industry has to do with a review written by a long-time Huffington Post contributor that was summarily pulled without explanation.

According to the author, Lance Simmens, who has been a contributor to The Huffington Post for over eight years, and has published over 200 articles there. He claims to have followed all the usual protocols and editorial guidelines, and based on his CV of previously published pieces on the news aggregation site, there seems to be no reason to doubt him.

But his story gets pretty bizarre right off the bat. Here’s the timeline.

Simmens says he saw a screening of “Vaxxed” and was moved by the film and a discussion afterward, moved to the point where he felt “compelled” to write a review of the controversial film.

In an interview with The Truth Barrier, he said he felt it was time “…we at least begin a serious national dialogue on the allegations contained in the documentary. I also drew attention to the spate of events that have unfolded over the past several years, where there has been a massive governmental failure to do its essential job, which is to protect the health, safety and welfare of the citizens.”

So he wrote a review of the documentary, sent to over to The Huffington Post, and tey posted it on the site.

“About a half hour later,” he continued, “as I was sending it out to my network I was alerted by some folks that when they went to access it, it was not coming up. It turns out that they pulled down the original piece, and when I tried to rewrite it, I was alerted that permission was denied to my account. I have made at least a half dozen attempts to reach someone at The Huffington Post to alert them that there was a malfunction, and over the course of the last two days, have not received one response.”

Simmens claims he has even emailed Ariana Huffington herself, to no avail.

Obviously, any publication can choose to publish or not publish whatever it wants. That’s freedom of speech and free enterprise all rolled into one.

But what makes the Simmens case scream of “censorship” or at least has the smell of someone in some high place who didn’t want the review out there leaning on the website is the fact that it actually did go up for a brief time.

It’s not like there was some glitch in the upload process; some wage slave working for Ariana lo mas Grande would have contacted Simmens and straightened it out.

Neither does it look like there was some violation of the site’s guidelines, because again, someone would have explained the problem to the author and presumably given him a chance to correct his error.

So really, this points to one thing and one thing only as the perceived problem with the piece: content. Someone didn’t like what he said, so it got the ax.

As if you needed another reason to avoid HuffPo: they don’t pay writers, they post the worst kind of click-bait garbage stories, and now it seems they blackball writers for posting unpopular opinions.

Well, what you don’t know can’t hurt you.