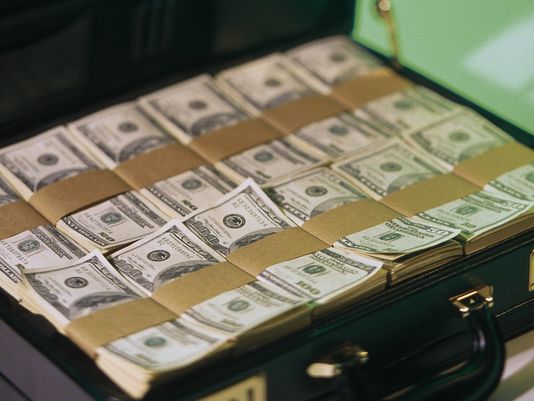 DEA Data Mining And Civil Forfeiture: Agency Uses Travel Data To Harass And Rob Americans Who Have Done No Wrong

If you are traveling in the U.S.–whether you’re a citizen or not–there is a phrase you should familiarize yourself with: civil asset forfeiture.

This is the means by which government agencies from local police departments on up to the Drug Enforcement Agency legally rob people of their assets–even if they aren’t being charged with a crime. If you are traveling with a large amount of cash–even if it is perfectly legal cash that you have earned legally and can prove belongs to you–a cop can legally take it away from you, even without ever charging you with a crime.

The DEA alone is responsible for seizing some $209 million dollars in cash from some 5,000 passengers over the last decade. Some estimates say that police departments around the U.S. all told take sums reaching into the billions of dollars every year. Indeed, a 2015 Washington Post story shows how the police succeeded in taking more property from Americans than burglars did in 2014.

They use this money as an alternative source of revenue, with police departments buying themselves new Dodge Vipers, running gear, football tickets for the district attorneys’ office–one police force used money taken from citizens to buy itself a margarita machine for weekly office parties.

But back to the DEA. An alarming new story has come out detailing how the agency has taken this game to the next level. Not satisfied with stealing the honestly-earned money from innocent people it happens to stop in airports and elsewhere, the agency has taken to using data mining techniques to sniff out particularly juicy targets that might provide them with some free money.

The shakedown works like this: the agency profiles passengers who are traveling one-way to California or who pay for their tickets with cash.

In a USA story on the DEA and its seizure methodology, a passenger traveler named Christelle Tillerson was profiled. She had $25,000 in cash seized by the DEA while waiting to board a plane going from Chicago to Los Angeles. The DEA claimed to have received information that she was heading to LA on a one-way ticket, a cause they deemed good enough to shake her down.

The $25,000 was later proven to have been given to her by her boyfriend, who had withdrawn it from a U.S. Postal Service Retirement account–all perfectly legal–so she could buy a truck with it in California. She was not charged with a crime.

Eventually Tillerson got her money back–minus $4,000 that the agency decided its agents deserved.

But travelers who prefer cash or buy one-way tickets beware: Tech Dirt reports that the DEA uses a secretive network of airline employees–the airlines themselves say they won’t share passenger data without a warrant–who are willing to share itinerary information with them in exchange for a cut of the cash they seize.

Welcome to America, where the police are better at robbing people than the robbers.
###