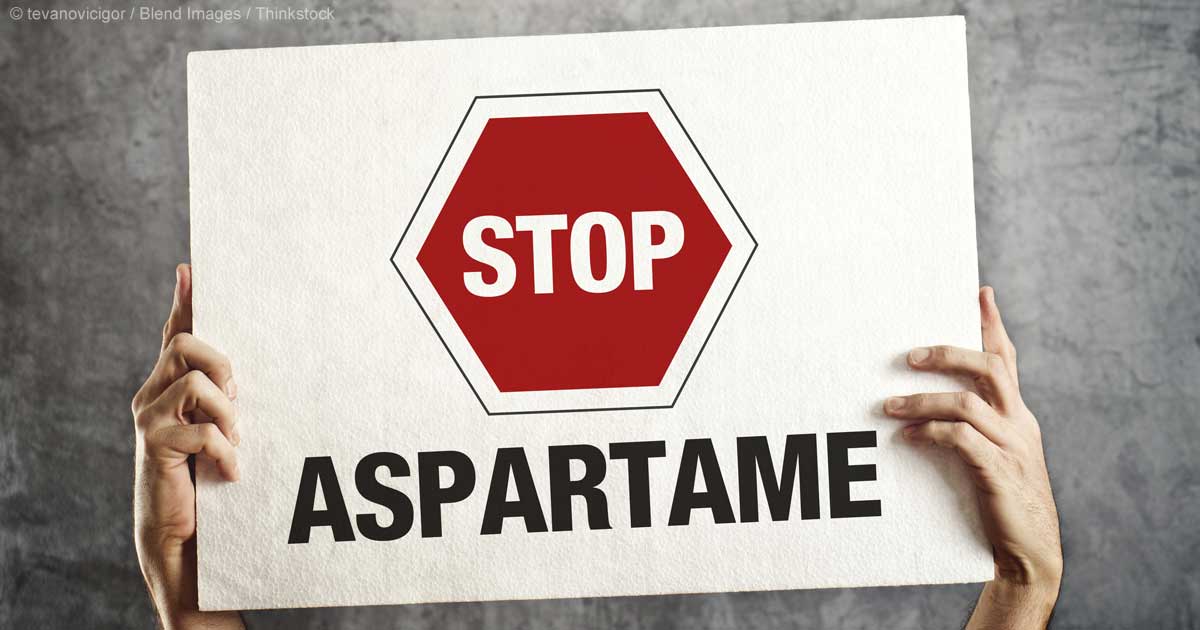 Aspartame Is Still In Your Soft Drinks: The Troubling History Of A Proven Carcinogen

Diet Coke has it. So does Coke Zero. Diet Pepsi just stopped using it following plummeting sales and consumer concern with it, but they’re talking about bringing it back. They still use it in Canada and other countries outside the U.S. as a product called Pepsi Max. And a host of other diet soft drinks contain it. You can find it in a variety of sugar-free yogurts and other snacks.

What we’re talking about is of course aspartame, the sugar substitute that is 200 times sweeter than sugar.

It is also cancer-causing. It has been shown to cause brain tumors and other forms of cancer, developmental problems, and endocrine disruption in numerous studies spanning many years of scientific research.

In addition, numerous studies show that far from helping people keep weight off as a sugar substitute–at the dubious price of consuming a cancer-causing product–aspartame actually increases hunger in side-by-side, controlled studies with glucose. It can actually increase the risk of diabetes, as it increases glucose intolerance.

So why is this awful product still legal? Especially after it was once banned by the Food and Drug Administration?

Like many awful ideas, this one comes from one Donald Rumsfeld, who was CEO of the chemical company Searle, makers of aspartame back in the 1970s. You may have heard of him.

After the FDA looked at studies showing monkeys succumbing to brain lesions, tumors, seizures and death upon consuming aspartame, the FDA banned the substance in 1980. When Ronald Reagan won the 1980 election, he made Rumsfeld part of his transition team. From there it was child’s play for Rumsfeld to push the new FDA head into lifting the aspartame ban, based on faulty data and jiggered studies conducted by Searle scientists.

In fact that head of the FDA, Arthur Hull Hayes Jr. was forced to resign his post a few years later when it came out that he had accepted corporate gifts in return for political favors. No word on what sort of favors Searle and Rumsfeld bestowed on him.

So there you have it: money wins out over science and consumer safety once again. It is an old and familiar pattern. Under the brand names of Equal and Nutrasweet, millions of pounds of this deadly chemical have been consumed by people around the world–and continues to be to this day.

According to the research that also continues to this day, aspartame causes headache, memory loss, seizures, vision loss, coma and cancer. It can aggravate or mimic the symptoms of such conditions as fibromyalgia, MS, lupus, ADD, diabetes, Alzheimer’s, chronic fatigue and depression.

So think twice next time you consider reaching for a Diet Coke in order to save a few calories. You might be better off with the sugar in a regular Coke.

Or how about a nice water instead?
###
http://www.deprogramyourself.org/2016/08/aspartame-is-not-safe-heres-how-you.html