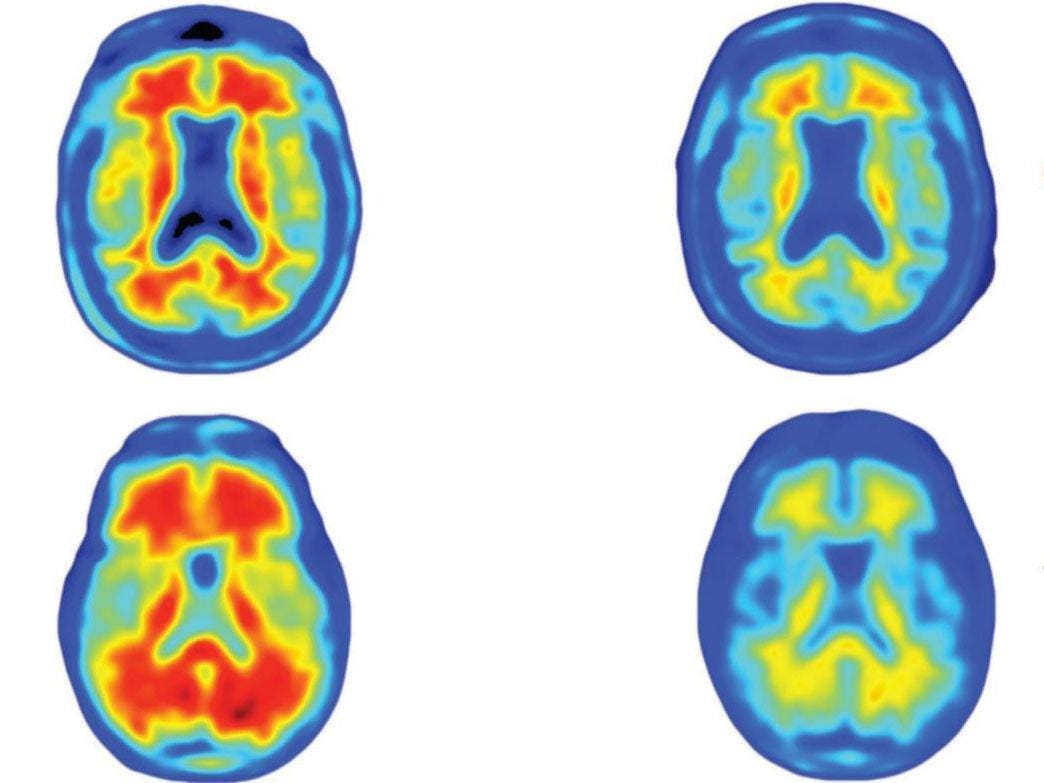 Antibody For Alzheimer’s: New Study Shows Tremendous Promise For Ridding The Brain Of The Disease Altogether

A remarkable new study has shown tremendous promise for fighting Alzheimer’s disease. It is in fact so promising that the giddy researchers who found it have to pinch themselves; they say they are “…trying not to get too excited.”

The way the new potential treatment works is through an antibody derived from an immune cell taken from the blood of an elderly person who has shown no signs of the disease. The drug extracted from these donor cells was then given to Alzheimer’s patients, who then had their brains scanned for a period of a year.

In the paper outlining the study, which was published in the journal Nature, the researchers also that the patients showed signs that their rate of cognitive decline had slowed considerably.

It has long been suspected that the amyloid plagues are associated with Alzheimer’s, but this study is the first that seems to indicate that they are at least part of the cause of the disease, not simply a byproduct or side effect. Previously the plaques were treated as little more than a signpost, a signal that a person might have the disease; now researchers are saying that by getting rid of the plaques we may be able to get rid of the disease.

The researchers have said that if the results are replicable in a larger trial, this could be a game-changer in the way we look at Alzheimer’s disease. Indeed, they had good reason to get excited, despite their efforts to contain themselves.

“One year later, the images of the placebo group are basically unchanged,” said researcher Professor Roger Nitsch, of Zurich University. “In the three doses groups, a very clear reduction in amyloid plaques is shown–the higher the dose, the larger the degree of reduction.

“Compared to other studies published in the past, the effect size of this drug is unprecedented,” he added.

Of course, the testing is in its very preliminary stages. But although the researchers catalogued some side effects, such as headaches, wouldn’t it be worth having Alzheimer’s erased from the brain altogether?
###
http://www.independent.co.uk/news/science/alzheimers-disease-dementia-breakthrough-new-drug-scientists-a7218481.html