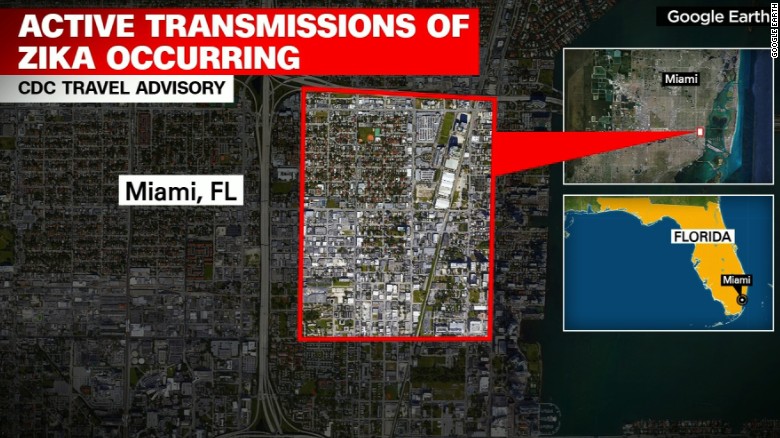 Is there ever a time when there ISN’T a crisis for the mainstream media to flog relentlessly, as though it were that famous rented mule of legend? The latest example being of course the Zika virus, with the Centers for Disease Control issuing an unprecedented travel warning for pregnant women and their partners not to travel to a neighborhood just north of downtown Miami, where the Zika virus is said to be active.

It is an unprecedented move in that it is the first time the agency has issued such a warning or restriction on a U.S. neighborhood–previously it was only overseas locales that have been deemed risky enough to warn U.S. travelers to stay away.

The second noteworthy piece of news on the Zika scare is that the CDC has also announced that clinical trials are set to begin on human subjects testing a new Zika vaccine. They are seeking human volunteers to be deliberately infected with the virus after they test out their brand-spankin’ new vaccine on them.

Pending final approval, the trials could begin as soon as December at Johns Hopkins Hospital in Baltimore–one more reason to avoid Baltimore. (Sorry, couldn’t resist.) the people pushing for the human trial are champing at the bit to get started.

“We’re looking at these human challenge protocols not only as an important step in vaccine development but as a means to learn more about Zika,” said lead scientist on the trial Dr. Ana Durbin. “We can look at things that you just can’t do in someone who’s naturally infected.”

But here’s the thing: before they start poking people with prototype vaccines and condemning entire neighborhoods as unclean in U.S. cities, shouldn’t we first be certain that Zika actually causes the problems it is said to?

Granted, there is no one on earth who wouldn’t agree that the microcephaly and other neurological birth defects found in the babies in Brazil are horrific and devastating–and terrifying for anyone who is thinking about having a baby.

But there is little to no solid proof that Zika is the actual cause. There are several studies that looked at neighboring Colombia and found zero cases of microcephaly in some 20,000 Zika-infected women who gave birth while they had the disease. It has been identified since the 1950s, and still flourishes in Africa, but there are no known cases of Zika-related microcephaly there.

So what’s going on here? Why the travel warnings, why the rush to create a new vaccine–in short, why all the panic?

As a woman who was on vacation in Miami and interviewed in a New York Times Zika story put it: “I’m thinking of trying to get pregnant in the next month. We thought maybe about canceling, but we also thought we have to live our lives. This will get to New York City, too. It will be all over the place.”

Indeed. But will they let us? What is really going on here?
###
http://www.cnn.com/2016/08/01/health/cdc-miami-florida-zika-travel-warning/index.html
http://www.scienceworldreport.com/articles/45760/20160821/zika-virus-vaccines-clinical-trials-proceeds-human-tests-subjects.htm