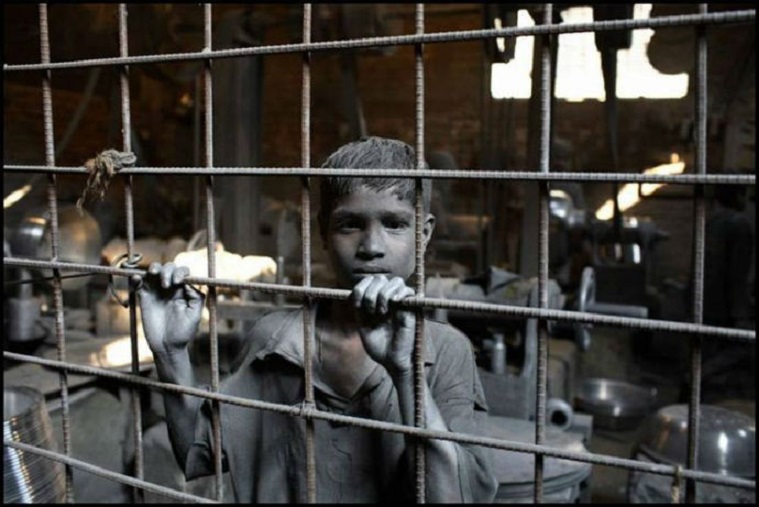 Tricks And No Treats For The Child Slaves Of The Cocoa Fields In West Africa: Avoiding The Exploiters

Halloween may seem like a great time for kids, with the costumes and of course the candy.

But it isn’t fun and games for all children.

Some children get to dress up as their favorite character and go door-to-door collecting free candy; some children toil in cocoa groves in the brutal heat of the Ivory Coast, subject to beatings and having food withheld, with no hope of release.

With Halloween around the corner and chocolate galore available on the grocery store shelves, there is an elephant in the room we should address when it comes to our favorite sweet treat, and it is the child slavery that many major chocolate producers quietly take advantage of.

As laid out in a lawsuit naming some of the biggest companies in the chocolate industry, including Mars, Nestlé, and Hershey, child slavery is rampant in Ghana and Ivory Coast, as it has been for decades.

And sadly, the companies and nations named in the lawsuit continue to drag their heels when it comes to ending the practice. The latest accord has a goal of 2020 for ending childhood slavery in the cocoa fields, a shameful delay of something that should be wiped out immediately, by force if need be.

A powerful film, “Slavery: A Global Investigation” has a tremendous and tremendously moving section on the child slaves of the cocoa fields of West Africa. In it, the filmmakers illustrate how these children, often as young as ten years old, are routinely beaten with belts, fists and sticks, and forced to work 80 to 100 hours a week–all to benefit the powerful stockholders of major chocolate companies.

“The beatings were a part of my life,” explained freed slave Aly Diabate. “Anytime they loaded you with bags [of cocoa beans] and you fell while carrying them, nobody helped you. Instead they beat you and beat you until you picked it up again.”

Indeed, the problem is not just rampant in the industry, it is endemic. Child slavery is part and parcel of the production of chocolate, and it taints all the companies you have heard of.

“At the moment, no major chocolate company can guarantee their cocoa supply is not tainted by child labor,” said Elizabeth Jardim of non-profit Green America, a group that promotes ethical consumer choices. “However, most have launched sustainability programs that attempt to address child labor in a variety of ways, largely thanks to consumer pressure.”

And that is the only way this scourge can ever be wiped out: consumer pressure. Until the major chocolate companies feel some pain from consumers who are concerned with the children whose lives are stolen in order to make their sweets–as happened with Nike’s child slave labor factories in Asia and numerous clothing manufacturers using Caribbean child labor–this will never change.

The sad truth is that pretty much all chocolate sourced from Africa is likely to be tainted by child slavery.

However, by applying pressure to the big chocolate manufacturers, we can change this sad fact. At the very least we can choose not to support slavers.

Please check the link below for a list of chocolate manufacturers that the Food Empowerment Project recommends as free of child labor.
###
http://www.foodispower.org/chocolate-list/
http://www.organicandhealthy.org/2016/10/stop-supporting-child-slavery-by.html?m=1