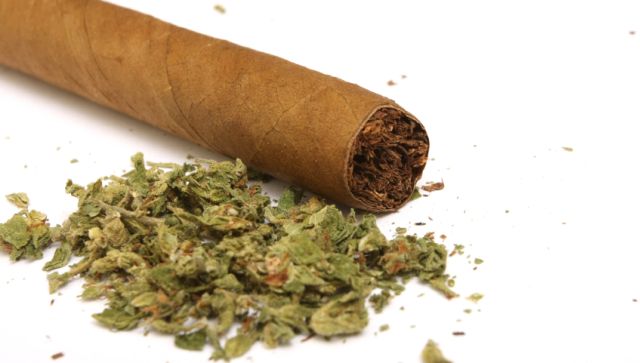 In case you haven’t noticed–or you work for the Drug Enforcement Agency–the way the United States looks at marijuana is undergoing a sea change. There are currently 25 states where it is legal to buy, use and sell marijuana for medical purposes, and Colorado and Oregon have made it legal to buy, sell and use marijuana for recreational purposes, with California close behind.

Pity the poor men and women then who are still behind bars for marijuana-related crimes as they witness this turn of events. Imagine the bitterness of that: serving years of your life in a concrete box for possessing or selling a plant that is now legal in 25 states.

Well one state is not only looking at legalizing it, but also at addressing the issue of past convictions for what can only be called the unfortunate, ill-informed and hysterical drug laws of the past.

New Jersey’s bill titled A4193, should it pass, would not only make cannabis legal to sell in convenience stores under a regulatory structure similar to that of cigarettes, available to anyone 19 years of age or older, it would also expunge the records of people who had previously been convicted of some marijuana-related crimes.

And it comes from a seemingly unlikely source: Assemblyman Michael Patrick Carroll, once called the state legislature’s most conservative member is the bill’s author and blunt cheerleader, in the vanguard of lawmakers who are defying the DEA’s recent and much-ridiculed decision to keep marijuana on the list of Schedule 1 drugs, among the most dangerous and with no medical value.

“To me it’s just not a big deal,” Assemblyman Carroll said in an interview with Politico. “It’s already ubiquitous. Anybody who thinks this is somehow going to increase the availability of marijuana has never been 19. If that’s the case, then what’s the big deawl about having it available at the local 7-11?”

Indeed, studies have shown that since the plant was legalized in Colorado in 2014, teen use has actually decreased, blowing the “what about the children” argument out of the water once and for all.

And what is especially heartening about Carroll’s stance is that he is one of the rare conservative Republican’s who like to preen and posture under the Libertarian label who actually puts his beliefs where is mouth is: he doesn’t personally use marijuana and says he never has. But he stands by the notion that individual liberty is the most important thing.

Or a joint, picked up at the local 7-11, should his groundbreaking law pass. For all those non-violent New Jersey prisoners convicted and imprisoned as a result of archaic marijuana crimes, here’s hoping it does.
###