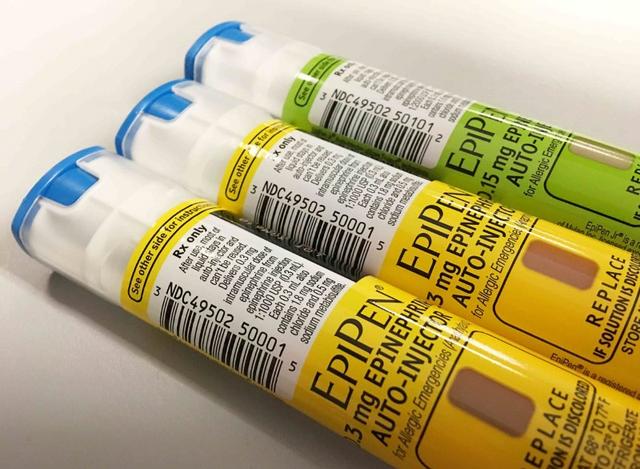 There’s a famous old book you may have heard of that has a line about sowing the wind and reaping the whirlwind, meaning that which you put out in the world will come back to you a thousand-fold.

That seems to be what is currently happening to the infamous Mylar corporation, the makers of the EpiPen.

As the pharmaceutical concern comes under intense scrutiny following its decision to raise the price of the life-saving device by some 600 percent, all of the company’s previous moves are coming under the microscope–and some of their dealings are looking pretty shady, if not downright criminal.

From CEO Heather Bresch’s uncomfortable turn before a House subcommittee, to an examination on just what tactics the company used to corner the market on the life-saving device–and whether it had anything to do with the influence of Bresch’s father, Senator Joe Manchin (D-WV), Mylan is finding itself subject to the vagaries of the whirlwind everywhere it turns.

And now the wind has turned over another rock in the Mylan saga, and what it reveals is sure to outrage taxpayers. Between 2011 and 2015, U.S. taxpayers spent over $1 billion on the EpiPen according to data from the Centers for Medicare and Medicaid Services.

The CMS figures were released in response to a request from Senator Amy Klobuchar (D-Minn) amid ongoing questions from lawmakers about how Mylan’s sudden price hike has affected taxpayers as well as lower-income clinics, hospitals, and individuals.

The numbers showed that over the five-year period in question, Mylan received some $797 million in taxpayer dollars. That figure doesn’t include rebates the company granted, which would bring the total to $960 million. The cost of EpiPens for Medicare Part D, the program for the elderly was around $335 million, a figure that does not reflect any rebates.

The company may be in trouble not only on general principles–of which it apparently has none–but also due to allegedly cheating the government out of money. Sen. Klobuchar and other lawmakers suggest that the company wrongly classified the EpiPen as a generic device instead of a branded one, a difference that would mean the company underpaid those rebates by about half.

And this isn’t the first the company is hearing about it.

“CMS has, on multiple occasions, provided guidance to the industry and Mylan on the proper classification of drugs and has expressly told Mylan that the product is incorrectly classified,” the agency said.

Its especially curious that Mylan would call the EpiPen a generic considering how hard they have fought and how many strings they have pulled to prevent other drug companies from making their own version of it.

It remains to be seen if the whirlwind will scoop up either the company or CEO Bresch and the investigation concurrent with broad public disgust unfolds. If history is any guide, Sen. Manchin will be able to pull strings to protect his progeny, as the rich don’t play by the same rules as the rest of us.

But please take a moment to email your senator and Senator Klobuchar to tell them you support punishing this odious, anti-human corporation.