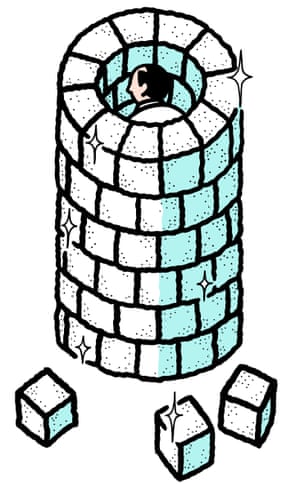 Sugar Is The Enemy, Not Fat, But You Would Never Know It If You Listened To The FDA

It has long been known that sugar, not fat was the prime culprit in driving obesity. Why then has it been ignored for so long?

For those of us old enough to remember the original food pyramid, the one with a cautious note on fats and oils at the very top, “Use sparingly,” with a massive base of breads, cereals and grains advising 6-11 servings a day(!), shifts in thinking in recent years have seemed revolutionary.

From the Atkins Diet to the Paleo Diet to a host of other low-carb, high protein and moderate fat-intake diets, recent dietary thinking has seen a seismic change, when held up to the filter of the thinking of the past 40 years.

We’ve been shown pretty conclusively that sugar, not fat is truly the culprit in a host of preventable conditions, such as obesity, heart disease and diabetes.

But we’ve known this since at least 1972, when a British professor of nutrition named John Yudkin called foul on sugar in a book called “Pure, White, and Deadly.”

In it he predicted the tidal wave of anti-sugar rhetoric saturating the airwaves today, only he was if anything even more alarmist than most modern critics:

“If only a small fraction of what we know about the effects of sugar were to be revealed in relation to any other material used as a food additive,” he wrote, “that material would promptly be banned.”

It’s only a few years later that we can see the direct result of the medical and nutritional establishment making a radical U-turn away from Yudkin’s advice. In 1980 the government came out with its first set of Dietary Guidelines, which included the edict to eat less saturated fat and cholesterol.

As people phased in pasta, rice, margarine and grains in lieu of meat, eggs and butter, people became fatter and sicker. Post-war obesity rates are especially telling, and correlate with that change in dietary recommendations:

Type-2 diabetes has also risen in a similar pattern.

So following the government’s advice has made us tremendously less healthy–but why this advice in the first place?

Could it be that the sugar lobby and the corn lobby were just beginning to find new ways to flex their legislative muscle in the 1970s? It certainly fits the timeline: sugar industry execs actually won an award in 1976 for their work turning around public opinion on sugar. And the ethanol and high fructose corn syrup business exploded in the mid-1970s as well.

At any rate, it’s a shame to consider the road less taken, how different the world might look today had we only listened back in 1972. A silver lining is at least we know now, and we are starting to make choices that can turn the ship around, even if that is bound to be a long and tedious process.