Why I Stand For What I Believe In | Jonathan Isaac

“Jonathan Isaac is a force to be reckoned with on the Basketball court. He was drafted 6th overall in the first round of the 2017 NBA draft to the Orlando Magic. He is a man of faith in God. A man of character and integrity. He’s an extremely talented individual both on and off the court. His story is great! Jonathan rose to a different kind of fame when he chose not to kneel during the national anthem for Black Lives Matter.

Instead, Jonathan stood tall because he felt like wearing a T-shirt and kneeling does not go hand in hand with saving black lives. This caused a great deal of backlash from the media, however, Jonathan has remained true to his beliefs. With all that he does, Jonathan does his best to bring glory to God. In recent times Jonathan made the news again for choosing not to get vaccinated. The media again took this information and his personal choice and blew it way out of proportion. They made Jonathan out to be the enemy, except for he isn’t. Jonathan has a brand new book coming out which you can pre-order now.”

Why I Stand by Jonathan Isaac was published on Amazon on May 17, 2022 and will be followed by a film.

“On July 31, 2020, the Orlando Magic starting forward Jonathan Isaac was the lone NBA player not to kneel for the national anthem amid a league-wide demonstration in support of Black Lives Matter. Standing alone, knowing the scrutiny to come, Jonathan had a peace he at one time never could have imagined possible.

In Why I Stand, Jonathan shares the journey of how—through a series of divine connections and a willingness to follow Christ—his fear and insecurity-driven life was transformed into one of confidence and purpose. From his childhood in the Bronx to his high school years in Florida, from rail-skinny freshman at FSU to top draft pick in the NBA, Jonathan uses his life story to illuminate the freedom and peace found in the love of Jesus Christ.

More than the story of an NBA player’s transformation from man on the court to man of God, Why I Stand is a testament to His love, power, and grace that extends to us all. This book is a discovery that no matter your level of confidence today, God’s strength will develop in your weakness. That courage is found in trusting that God is greater than your fears.

As Jonathan takes you through the experiences that drove his decisions, he offers insight and inspiration to help you to grow to a point where standing alone is better than not standing at all.” 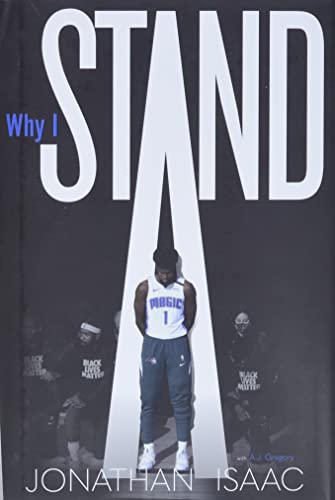 What Is The Purpose of Life?

The American Dream has drawn people from around the world. It is a dream of freedom and wealth. Forbes celebrates the billionaires each year — no matter how they achieved their riches, as though that is the definition of “success” in life.  People are said to be “worth” the amount of money they have. Gordon Gekko, played by Michael Douglas in the film Wall Street, told us in 1987 “Greed is good!”

The Bitcoin whitepaper was released 21 years later on October 28, 2008 in response to the banking crisis brought on by the insatiable greed of the big banks. The US government rewarded the banks with multi-trillion dollar handouts that are still rocking our economy. Financial analyst Catherine Austin Fitts and others maintain that the COVID “plandemic” is a cover for the economic collapse caused by this greed.

Some people who achieve the American Dream and reach the pinnacle of success find themselves asking “Is this all there is?” Having achieved wealth, power, and fame, some people feel empty and lost. Interestingly, the childhood story of The Three Little Pigs tells us how to avoid a housing crisis! It warns us to build strong homes so the Big Bad Wolf can’t blow them down. However, it is not just a lesson about structural integrity of our homes or even about economic security. It also teaches us that a life built on sound spiritual principle can help us stand strong in times of adversity. Yet, what are those principles? What is the purpose of life? Where will we find the answers? Jonathan Isaac found his answers in Christianity. However, slaveholders used Christianity to justify slavery! So, there are no pat answers that serve everyone. Yet, Matthew 7:7 provides the encouraging words: “Seek and ye shall find”. It is an arduous quest — the Hero’s Journey documented by Joseph Campbell in The Hero With A Thousand Faces. 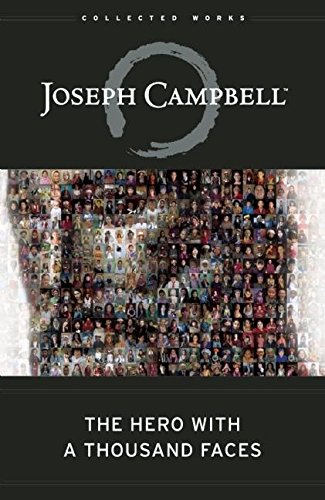 Mathias Desmet, professor of clinical psychology at Ghent University in Belgium, is the author of The Psychology of Totalitarianism which will be published on Amazon in English on June 23 and can be pre-ordered now.

“The world is in the grips of mass formation―a dangerous, collective type of hypnosis―as we bear witness to loneliness, free-floating anxiety, and fear giving way to censorship, loss of privacy, and surrendered freedoms. It is all spurred by a singular, focused crisis narrative that forbids dissident views and relies on destructive groupthink.

Desmet’s work on mass formation theory was brought to the world’s attention on The Joe Rogan Experience and in major alternative news outlets around the globe. Read this book to get beyond the sound bites!

Totalitarianism is not a coincidence and does not form in a vacuum. It arises from a collective psychosis that has followed a predictable script throughout history, its formation gaining strength and speed with each generation―from the Jacobins to the Nazis and Stalinists―as technology advances. Governments, mass media, and other mechanized forces use fear, loneliness, and isolation to demoralize populations and exert control, persuading large groups of people to act against their own interests, always with destructive results.

In The Psychology of Totalitarianism, world-renowned Professor of Clinical Psychology Mattias Desmet deconstructs the societal conditions that allow this collective psychosis to take hold. By looking at our current situation and identifying the phenomenon of ‘mass formation’―a type of collective hypnosis―he clearly illustrates how close we are to surrendering to totalitarian regimes.

With detailed analyses, examples, and results from years of research, Desmet lays out the steps that lead toward mass formation, including:

In addition to clear psychological analysis―and building on Hannah Arendt’s essential work on totalitarianism, The Origins of Totalitarianism―Desmet offers a sharp critique of the cultural ‘groupthink’ that existed prior to the pandemic and advanced during the COVID crisis. He cautions against the dangers of our current societal landscape, media consumption, and reliance on manipulative technologies and then offers simple solutions―both individual and collective―to prevent the willing sacrifice of our freedoms.

‘We can honor the right to freedom of expression and the right to self-determination without feeling threatened by each other,’ Desmet writes. ‘But there is a point where we must stop losing ourselves in the crowd to experience meaning and connection. That is the point where the winter of totalitarianism gives way to a spring of life.’

‘Desmet has an . . . important take on everything that’s happening in the world right now.’―Aubrey Marcus, podcast host. ‘[Desmet] is waking a lot of people up to the dangerous place we are now with a brilliant distillation of how we ended up here.’―Robert F. Kennedy, Jr.” 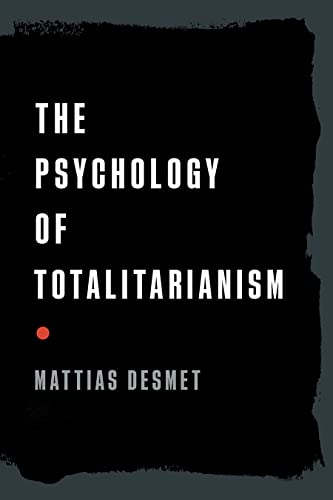 Desmet explains how the COVID policies created a global mass psychosis which hypnotized 20-30% of humanity. See COVID Mass Psychosis: Causes and Solutions and Why Joe Rogan’s Interviews on Mass Psychosis “Broke The Internet.”

Desmet explains that about 20-30% of people will adopt the official narrative. They see unquestioned obedience to authority as the highest virtue and the greatest guarantee of safety. They get all their information from TV, newspapers, and social media. They believe that anyone who questions that narrative is a “conspiracy theorist” or “anti-vaxxer” who follows “fake news” and is putting others in danger. They may support very harsh measures against anyone who questions the narrative.

About 40-60% of the population knows there is something odd about the narrative, but they see safety in numbers and will side with whichever side seems to be winning at any given time. In The NEW INSPIRED DAVID ICKE Interview | It’s Time To Break Through The Simulation, British author David Icke said these first two groups have allowed every tyranny in history. They are consumed by fear — of the virus, the national/state/city government, their jobs, schools, neighbors, friends, and family. So, they value safety above everything.

The remaining 20-30% of the population feels free to question the official narrative. They know the corporate media is “brought to you by Pfizer” and don’t rely on it. Many doctors, nurses, scientists are in this group and do independent research. Icke says it’s this group that has always brought every tyranny down. They are willing to risk their safety to protect their freedom, health, and lives.

The Bell Curve of Convictions

This 3-way split in the belief system of the population follows the classic Bell Curve. THE COURAGE TO FACE COVID-19: Preventing Hospitalization and Death While Battling the Bio-Pharmaceutical Complex by crime writer John Leake  and cardiologist Dr. Peter McCullough was published on Amazon on 5/4/22. Also see the website The Courage to Face COVID.”

“In March 2020, he perceived that the pandemic response was illogical and possibly criminal. He found it suspicious that public health officials dismissed medications such as hydroxychloroquine and ivermectin. He sensed Dr. McCullough was likely to lead the way in developing a more humane response. He made contact with McCullough in Dallas where both live and they wrote ‘The Courage to Face COVID-19.’” 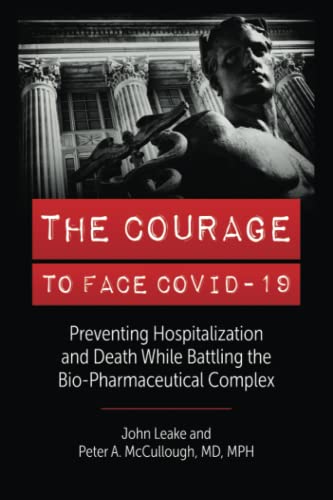