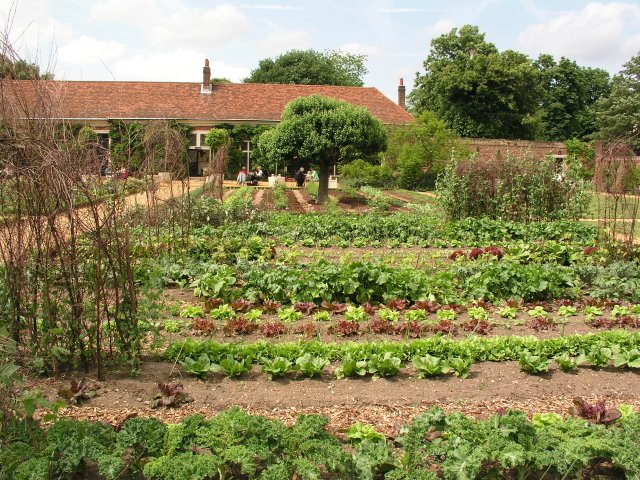 Green Grass And Glypho Forever: How Monsanto Has Locked Down Lawn Treatments, Locking Suburbanites In A Destructive Environmental Spiral

It’s hard to believe, but there was a time in the not so distant past when newly settled Americans had to bring their own grass seed over with them from Europe. Longing for hominess of the England’s green, settlers would bring grass seed with them, jealously guarded and tied in sachets they wore around their necks like precious jewels.

So we can blame the early British settlers for the American culture of obsession with lawn maintenance and the effort weekend mowers and waterers and weeders put into keeping up their little patch of green suburbia.

Indeed, the lives of the settlers and their lawns mirror those of today: the wealthy could afford the grass and the labor it took to maintain vast lawns for games and lawn parties and the like even as far back as the 1600s; today, who can forget the aerial photos showing the massive lawns of the rich and famous, kept in pristine, verdant condition despite California’s water shortage and four-year drought.

But one factor that those early settlers didn’t have that modern lawn enthusiasts do have is the ability to nuke weeds through chemistry and genetic modification.

Today, homeowners, park supervisors and golf course owners can use glyphosate, the main ingredient in Monsanto’s flagship herbicide Roundup to destroy any and all weedy comers who might challenge the supremacy of their prized greenery. And now Scott’s Miracle-Gro is teaming up with Monsanto to create a GMO grass, taking the lawn wars to the next level.

Glyphosate is a systemic herbicide, meaning that plants take it up into their systems. Those which have been engineered to withstand the poison, thrive. Those that haven’t, die–meaning everything else trying to grow near sprayed lawns and fields.

There is plenty of evidence that bees are threatened by the use of glyphosate, with massive die-offs in Europe and the U.S. causing the bee population to plummet by nearly 50 percent according to some estimates.

And your treasured lawn isn’t helping matters. If you use either Roundup or Miracle-Gro, you are part of the problem. Not to mention the fact that many lawns in the U.S. are grown in wildly inappropriate places. Look at a google maps overview of Scottsdale, Arizona, or L.A. Retired folks from Illinois and Ohio wanted to bring their lush green lawns with them, and by god they did it, no matter the cost in precious water in the desert heat.

So one solution: if we’re going to use so much water anyway, and if we are going to disrupt the self-conscious striving for status that goes with lawn culture, why not grow food instead? Granted it takes work and clever solutions to find organic methods to keep insects and weeds from choking out your crops, but isn’t that the way humans did it for millennia, thousands of years before Monsanto even existed?
###

Monsanto Just Gave Us One More Reason to Grow Food, Not Lawns