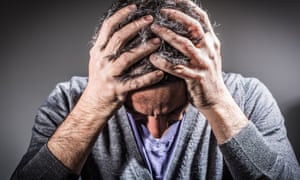 A Gut Feeling: Surprising Possible Source Of Migraines May Come From Somewhere Far Away From The Skull

The more we learn about how bacteria balances in our gut affect all aspects of the function of the body, the more avenues are opened up to stunning new research. We keep learning more and more about probiotics, for instance, and how keeping a healthy biome in the gut can affect not only physical health, but mental health as well.

Now an amazing new study has found a possible link between gut bacteria and migraine headaches, news that could have big implications for diet.

The research found that foods high in nitrates often work as a trigger for migraine sufferers, setting off the debilitating attacks as their bodies process foods that contain them.

Nitrates are found in wine, processed meats, and leafy vegetables, and there has long been anecdotal evidence among migraine sufferers that these foods among others set off attacks. However this is the first study to show what seems to be a solid link.

“There is this idea out there that certain foods trigger migraines – chocolate, wine and especially foods containing nitrates. We thought that perhaps there are connections between what people are eating, their microbiomes and their experiences with migraines,” said study lead Antonio Gonzalez of the University of California San Diego.

Interestingly, it’s not that the migraine sufferers are unable to process nitrates, it’s that the levels of the necessary bacteria in their gut to do so are too high. Whereas most people have a certain limited level of the relevant bacteria which in turn limits the rate at which the nitrates are processed, the migraine sufferers in the study had sufficiently high levels that their bodies broke down the nitrates much more quickly.

This resulted in the blood vessels near the scalp and in the brain to dilate more quickly, causing migraines.

Normally, this dilation is a useful and even necessary process. Nitrates in food are broken down, beginning with bacteria in the mouth and then the gut, and they are then converted into nitric oxide in the blood stream. This chemical dilates blood vessels in everyone, it just happens more quickly in migraine sufferers.

Even medical doctors not involved in the study were intrigued by the findings of Gonzalez and his team.

“There’s something called a hot dog headache, where nitrates are suspected to be involved,” neurologist Dr. Brendan Davies told the Guardian. “This is interesting work, but would need to be confirmed.”

We should by all means make that research happen. Indeed, as migraine sufferers will tell you, they would gladly give anything to make the pain go away.
###
https://www.theguardian.com/science/2016/oct/18/migraines-could-be-caused-by-gut-bacteria-nitrates-food-trigger-study-suggests