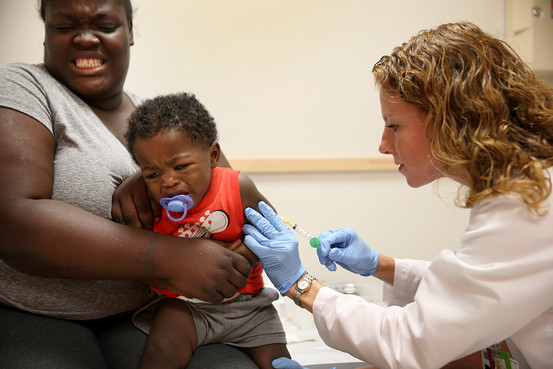 We are taught from a young age to trust doctors. Like the images of friendly policemen and noble firemen, doctors are usually portrayed in our collective consciousness as kindly, benevolent characters who only went into medicine out a strong desire to help humanity.

Unfortunately, while there are of course many doctors who fit this stereotype, they are just as human as the rest of us. That means they are complicated, conflicted creatures stricken by doubts and subject to being influenced by any number of factors. Thus we can see doctors who make decisions and recommendation that aren’t based strictly on medicine, that aren’t only about what is best for the patient.

And with a hot-button topic like vaccines, your kindly family doctor is likely weighing a bunch of different factors when it comes to deciding whether to recommend vaccines for your family, and how strongly he or she is going to insist.

Here are a few examples of the kind of thinking goes in to whether a doctor recommends vaccinations for your child, some of which may be obvious, but some are not so well known.

• Med school indoctrinates doctors to vaccines safety and efficacy – While med school and established doctrine tells us that there is no doubt that vaccines are safe and effective, many, many studies have shown that not to be as solid as we are told. Medical school, as many doctors will tell you after you get a couple of whiskeys in them, is not only valuable medical training, but also an exercise in training people to think in certain restrictive, sharply delineated ways. There is a conformity and sense of regimentation in medical school that often marginalizes free-thinkers and people who challenge dogma, and strongly discourages them. Don’t forget also that med schools often receive generous funding from pharmaceutical companies who make vaccines.
• Fee quotas – As more and more private practices are bought up by corporate hospitals, doctors are rewarded with bonuses structured around how many procedures they bill for–in bulk. Among these are vaccines. In terms of vaccines administered per year, doctors can boost their pay by many thousands of dollars, in some cases $40,000 or more. Should your child be a statistic ticked off on a doctor’s paycheck?
• Shelf life – Vaccines are expensive (see above) and they have only risen in cost. Also, they have a short self life. Rather than toss expired vaccines, doctors feel pressure to use them up rather than lose what can amount to a fridge full of meds that cost more than they paid for medical school.
• Big Pharma pressure – We’ve all heard about the outrageous lengths pharmaceutical companies used to go to in order to influence doctors into prescribing their drugs: luxury golf junkets, concert tickets, ballgame suites, five-star meals. And while many of the worst excesses have been reigned in, or at least taken on a more subtle tint, one study showed that for as little as a $20 meal, Big Pharma reps can indeed have an influence on the prescriptions a doctor writes.

As already noted, doctors are only human after all. This is an important fact to keep in mind when we consult with them: they are just as fallible as any of us.
###