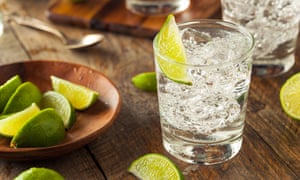 Booze And Cancer: Seven Kinds Of Cancer Can Be Directly Linked To Alcohol Consumption–Even On A Moderate Level

Bad news for boozers: a new study has linked alcohol consumption–even on a moderate level–with seven different kinds of cancer.

The study was published in the journal Addiction, and draws the conclusion that there is more than a link or statistical connection that could be explained away by chance or some other reason. There is now sufficient evidence to say conclusively that drinking is a direct cause of several forms of cancer, including breast, colon and liver cancer among others.

She added that there is a growing body of evidence to indicate that alcohol may also play a role in cancers of the skin, prostate, and pancreas, emphasizing that the risks of cancer increase in direct proportion to the amount of alcohol consumed.

“The highest risks are associated with the heaviest drinking but a considerable burden is experienced by drinkers with low to moderate consumption, due to the distribution of drinking in the population,” Connor said.

The research stemmed from studying 10 years worth of reviews from the World Cancer Research Fund, the International Agency for Research on Cancer, the World Health Organization’s cancer research body, and other sources.

And the research comes as something of a vindication for supporters of Professor Dame Sally Davies, chief medical officer for England, who caused a bit of a ruckus when she warned women of the risks of breast cancer as related to drinking at a parliamentary hearing last year.

“Do as I do when I reach for my glass of wine,” said Davies. “Think: do I want the glass of wine or do I want to raise my own risk of breast cancer? I take a decision each time I have a glass.”

Some of the recommendations that have come out that run parallel to the study’s findings are to reduce drinking from 21 units per week for men to 14 units per week, or about 7 pints of beer. Another piece of advice it to take some alcohol-free days every week, and not keeping a stock of booze in the home.
###
https://www.theguardian.com/society/2016/jul/22/alcohol-direct-cause-seven-forms-of-cancer-study