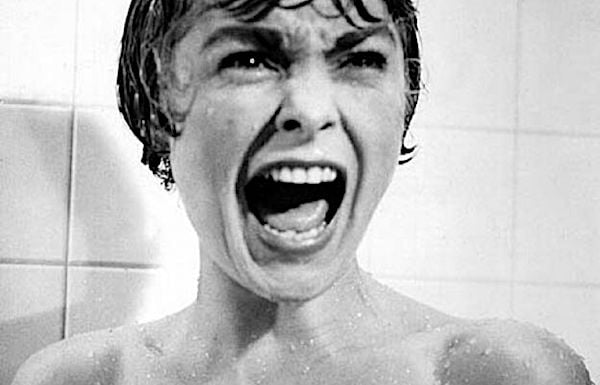 A commentary at PJMedia has slammed the Biden administration agenda for demanding that schools open their restrooms and showers to students of either sex by highlighting what the administration actually is requiring.

That would be that kids be allowed to starve if schools fail to cooperate with Biden’s pro-transgender agenda.

The report by Matt Margolis was headlined, “Biden admin wants kids to starve if schools don’t let boys use girls showers and bathrooms.”

That’s based on the actual requirements demanded by Biden.

That would be that if schools don’t allow the open-to-anyone access to showers and such, those schools wouldn’t qualify for the benefits of the National School Lunch Program, the report explained.

“The National School Lunch Program feeds approximately 30 million kids nationwide daily. But now, getting access to federal funds for the program will come with a huge catch: K-12 schools will have to allow boys into girls’ bathrooms and locker rooms if they want to continue receiving funds for the school lunch program,” the report said.

Biden said he was reinterpreting “the prohibition on discrimination based on sex found in Title IX of the Education Amendments of 1972, and in the Food and Nutrition Act of 2008, as amended, Supplemental Nutrition Assistance Program (SNAP), formerly the Food Stamp Program (7 USC § 2011 et seq.), to include discrimination based on sexual orientation and gender identity.”

Joy Pullman, in a report at The Federalist, explained the position clearly: “Under this new demand, establishments that accept any federal food funding, including food stamps, must also allow males who claim to be female to access female private spaces, such as showers, bathrooms, and sleeping areas. Such organizations must also follow protocols such as requiring staff to use inaccurate pronouns to describe transgender people and allowing male staff to dress as women while on the job.”

PJMedia reported a similar move was attempted by the Barack Obama administration in 2016, when it claimed the federal government would “treat a student’s gender identity as the student’s sex for purposes of enforcing Title IX,” and it said all students must be allowed to pick which showers – boys or girls – they would use.

PJMedia explained, “This move was unconstitutional and was promptly reversed by the Trump administration. Title IX only refers to biological sex, not ‘gender identity’ or ‘gender expression;’ ergo, Obama’s decree amounted to rewriting Title IX without congressional approval. Obama intentionally treated sex and ‘gender identity’ as the same thing in order to redefine a decades-old law when it suited his needs, and Joe Biden is now doing the same thing.”

PJMedia reported the comment from John Elcesser, chief of the Indiana Non-Public Education Association, “It seems to be playing politics with feeding poor kids, which is really unfortunate.”

It was Joy Pullmann at The Federalist who noted, “Joe Biden and Democrats weren’t kidding about their pledge to transform public institutions into gender dysphoria contagion zones.”

She noted before COVID, the school lunch program fed nearly 30 million kids daily, in some 100,000 public and private schools.

Pulllmann wrote, “Even if this regulation is ultimately overturned by one means or another, millions of American children will be forced to eat their school lunches with a side of sexual politics.”