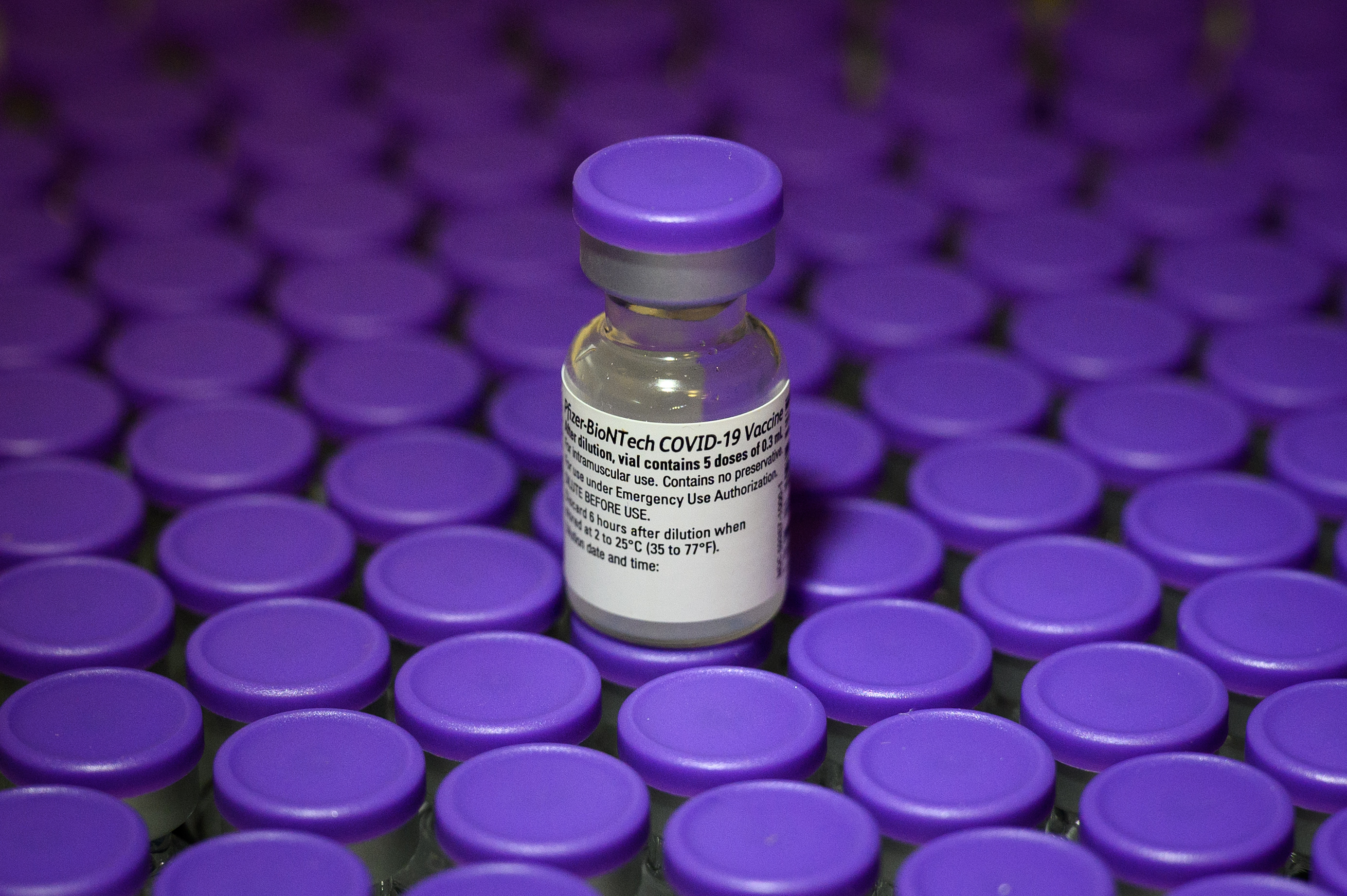 Pfizer has asked a U.S. court to throw out a whistleblower’s lawsuit on the basis that the company can’t be guilty of fraud, abuse, and protocol violations in its COVID Vaccine clinical trials because its contract with the U.S. government allowed them to skirt regulations and federal laws that typically apply to government contracts.

In other words, Pfizer was allegedly able to make false statements to the government, and lie about the safety and efficacy of its product.

Whistleblower, Brook Jackson, was the regional director for the Ventavia Research Group, the company that was conducting Pfizer’s pivotal phase III trial in Texas in 2020.

In September of 2020, Jackson emailed a complaint to the FDA, informing the agency of the company’s allegedly dangerous and shoddy research practices. The FDA took no action on her email, and Pfizer continued to use the company.

Ventavia fired her after she tried to expose the alleged fraud, abuse, and protocol violations she witnessed during the trials.

In January 2021, Jackson filed a False Claims Act lawsuit in the United States District Court for the Eastern District of Texas, Beaumont Division.

The case was placed under seal from January of 2021 to February of 2022, preventing Jackson from speaking publicly during the mass vaccine rollout. She told American Greatness that she decided to go public in September of 2021 anyway, and told her story to the British Medical Journal (BMJ) in September of 2021.

“The amount of guilt I felt … still feel about having to keep this from the public is a horrible, horrible feeling,” Jackson lamented.

She said that her attorneys from Berg and Androphy withdrew from the case after she decided to go public, leaving her without counsel. In an email obtained by American Greatness, one of the lawyers warned Jackson that if she broke the gag order, “the government will come after you.”

Jackson has since claimed in multiple interviews that the Pfizer clinical trial was riddled with errors, fraud and abuse of the scientific process.

The U.S. Department of Justice declined to intervene on behalf of Jackson in the suit.

Pfizer argued in court that the company did not violate its contract because its agreement with the U.S. Department of Defense allowed them to skirt the rules, Epoch Times reported.

In its motion to dismiss, Pfizer says the regulations don’t apply to its vaccine contract with the U.S. Department of Defense because the agreement was executed under the department’s Other Transaction Authority (OTA), which gives contract holders the ability to skirt many rules and laws that typically apply to contracts.

Pfizer told the court that Jackson’s claim that Pfizer must comply with the Federal Acquisition Regulations was “simply wrong.”

The contract in question was outlined in a base agreement and a statement of work for the agreement, which was signed in the summer of 2020.

The government agreed to pay up to $1.9 billion for 100 million doses of the COVID-19 vaccine pending U.S. regulatory clearance. That included the manufacturing of the vaccine on top of researching and developing it.

The contract was granted under the “prototype” provision, which falls under the OTA. The rules for prototypes state that just one of four conditions must be satisfied. The condition that was satisfied in the Pfizer contract was the involvement of a “nontraditional defense contractor.”

Federal law defines nontraditional defense contractors as “an entity that is not currently performing and has not performed” a contract or subcontract for the Department of Defense for at least one year preceding the solicitation of the OTA agreement. Pfizer has dozens of contracts with the military.

By court order, 55,000 internal Pfizer clinical trials documents were forcibly disclosed to the public last March, after the FDA asked the court to keep them under wraps for 75 years.

The court order was in response to a Freedom of Information (FOIA) request by the Public Health and Medical Professionals for Transparency.

Thousands of research volunteers associated with the WarRoom and DailyClout (made up of doctors, RNs, biostatisticians, medical fraud investigators, lab clinicians and research scientists) have poured through the documents and issued multiple alarming reports on what they’ve found.

“The lies revealed are stunning,” The Daily Clout’s Naomi Wolf wrote in a recent cri de coeur on her “Outspoken” Substack.

Wolf said the documents show that Pfizer (and the FDA) “knew by December 2020 that the MRNA vaccines did not work—that they “waned in efficacy” and presented “vaccine failure.” One side effect of getting vaccinated, as they knew by one month after the mass 2020 rollout, was “COVID.”

Pfizer knew in May of 2021 that 35 minors’ hearts had been damaged a week after MRNA injection — but the FDA rolled out the EUA for teens a month later anyway, and parents did not get a press release from the US government about heart harms til August of 2021, after thousands of teens were vaccinated. [https://dailyclout.io/pfizer-vaccine-fda-fails-to-mention-risk-of-heart-damage-in-teens/]

Pfizer (and thus the FDA; many of the documents say “FDA: CONFIDENTIAL” at the lower boundary) knew that, contrary to what the highly paid spokesmodels and bought-off physicians were assuring people, the MRNA, spike protein and lipid nanoparticles did not stay in the injection site in the deltoid, but rather went, within 48 hours, into the bloodstream, from there to lodge in the liver, spleen, adrenals, lymph nodes, and, if you are a woman, in the ovaries.

Pfizer (and thus the FDA) knew that the Moderna vaccine had 100 mcg of MRNA, lipid nanoparticles and spike protein, which was more than three times the 30 mcg of the adult Pfizer dose; the company’s internal documents show a higher rate of adverse events with the 100 mcg dose, so they stopped experimenting with that amount internally due to its “reactogenicity” — Pfizer’s words — but no one told all of the millions of Americans who all got the first and second 100 mcg Moderna dose, and the boosters.

Pfizer skewed the trial subjects so that almost three quarters were female — a gender that is less prone to cardiac damage. Pfizer lost the records of what became of hundreds of their trial subjects.

In the internal trials, there were over 42,000 adverse events and more than 1200 people died. Four of the people who died, died on the day they were injected.

In its motion to dismiss, Pfizer pointed out that the government did not join Jackson’s suit, and FDA regulators did not rescind emergency approval of its product after Jackson came forward with allegations of fraud and abuse at sites managed by Ventavia.

“The agreement makes no mention of the FDA regulations and FAR provisions cited in relator’s complaint,” Pfizer said. “The agreement instead conditions payment, more simply, on Pfizer’s delivery of an FDA authorized or approved product. Pfizer’s vaccine has satisfied that condition since December 2020, as the complaint acknowledges, and the vaccine continues to satisfy that condition today. The Court should reject Relator’s express certification claim for this reason alone.”

The lead attorney in the case since last fall, Robert Barnes, said that the reason Pfizer was able to get away with submitting fraudulent certifications, false statements to the government, and lies about the safety and efficacy of their product is “because the government was in on it with them!”

The government’s alleged complicity in the fraud presents a challenge to Jackson’s case because the government knew what was going on and still approved the product.  “So is it really fraud if the government’s a co-conspirator?” he asked fellow lawyer Viva Frei during a recent podcast. “That is in essence Pfizer’s defense so far to the case,” he added.

The judge, according to Barnes,  said Jackson’s legal team will be entitled to discovery about any issue related to the motion to dismiss.

“Their goal was for this case to go away and for them to not have to disclose a single piece of documentation, and just for them to be able to walk out without any consequences,” he said.

The attorney accused Pfizer of stealing $2 billion from the people of the United States, and said Jackson’s claim is on behalf of all the American people.

One thought on “Whisteblower’s Lawyer: Pfizer Got Away With Vaccine Fraud Because Government Was Co-Conspirator”