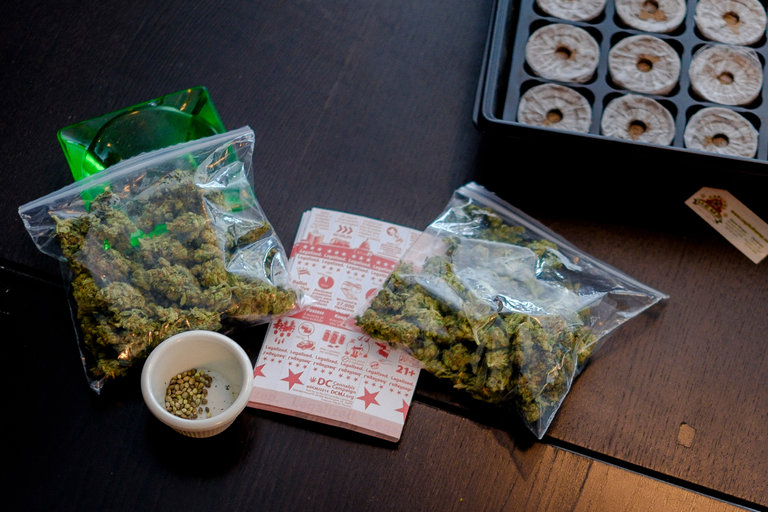 The U.S. has a long and checkered relationship with cannabis.

The early drafts of the U.S. Constitution were famously written on hemp paper, and founding fathers like Thomas Jefferson and George Washington even grew it.

Yet in the 1930s one man’s crusade against marijuana–using it as a not at all subtle cudgel with which to persecute Mexicans and black people–turned weed into a cash crop of another kind: for law enforcement.

Even President Nixon admitted as much on his infamous tapes, that by going after hippies, radicals, and people of color for drug laws his administration could derail the incipient anti-war and civil rights movements without admitting that was their goal.

But this is not simply a relic of the past, some archaic remnant of a more racist time. Even with marijuana legal for medical use in 25 states and legal for recreational use in four, law enforcement still emphasizes the arrest of blacks and other people of color for minor marijuana offenses that often blossom into full-blown crises with the imposition of fees, fines and the like.

In fact, a new report shows that arrests for possession of small amounts of marijuana exceeded arrests for all violent crimes last year, leading some to question just where the priorities of law enforcement lie, especially given the well-documented fact that such petty arrests take place in communities of color at a much higher rate than in white communities.

According to documents obtained by the American Civil Liberties Union and Human Rights Watch, arrests by law enforcement agencies last year for small quantities of marijuana for personal use totaled 574,641, over 13 percent higher than those for all violent crimes, including murder, rape and serious assaults.

The report’s release was timely, in that it comes a month after the fatal police shooting of Keith Lamont Scott in Charlotte, N.C. last month, whom the police first contacted that day because he was smoking marijuana, according to police reports.

Another pointed statistic culled from the data the ACLU gathered is that between 1995 and 2015 the rate for violent crime dropped dramatically, by about 36 percent. A the same time, the number of arrests for all drug possessions increased 13 percent.

Gosh, its almost like law enforcement just needs something to do.

“Most people don’t think drug possession is the number one public safety concern, but that’s what we’re seeing,” said Tess Borden, a fellow at Human Rights Watch and the ACLU.

It’s high time that was changed. With ballot issues seeking to loosen marijuana laws in 11 states, here’s hoping this is a banner year for marijuana legal reform.

And its not just for people who like to smoke marijuana, or who need to for medical purposes: For there to be justice for communities of color, full legalization is a must.
###