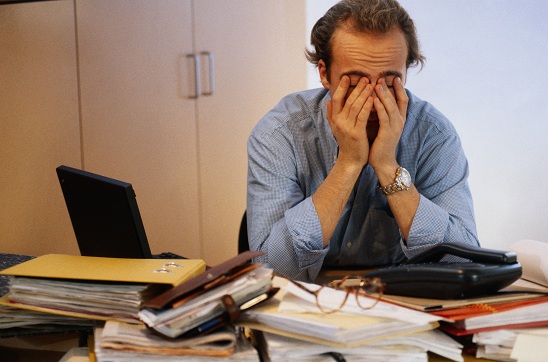 The One Work Habit That Could Kill You: How Changing One Thing Could Mean Life Or Death

The culture of work is different in different parts of the world. In Spain and some Latin American cultures the afternoon break of two to three hours is still hanging on tenaciously, despite international capital’s loathing of what it sees as such frivolous downtime. The French famously love their 35-hour work week–and who wouldn’t?

But in many cultures the drive of capital to reproduce itself combined with a work ethic that springs directly from a religious concept that work, and suffering through work are next to godliness has led us to a place where people brag about how many hours they put in each week.

Indeed, Yahoo CEO Marissa Mayer recently made a bit of a splash with her claim that she often worked 130-hour weeks when she was at Google.

She may win the prize for most hours worked. But what Mayer and other hard-driving workaholics also win is heart disease.

A new study published in the Journal of Occupational and Environmental Medicine found that the chances for developing heart disease increases with every hour spent at your desk.

People who worked 55 hours a week are 16 percent more likely to develop heart disease than those who work 45 hours a week, for instance. People who crank it up to 65 hours per week see an increased risk of 33 percent.

And while study lead author Sadie Conway, Ph.D of the University of Texas Health Science Center in Houston was quick to point out that there are a variety of factors at play that work in concert with the long hours logged on the job to contribute to the increased risk, it is a stunning indicator nonetheless.

Among those other factors are stress, which raises the levels of adrenaline and cortisol. Elevated levels of these hormones in turn increase blood pressure and cholesterol, and high levels of cortisol are consistent with higher risk of heart attack.

Another factor the study’s authors put forth is the idea that putting in so much time at work necessarily takes time away from other pursuits–like exercise. How many of us have worked a long day only to find a way to flake on our gym or running routine at the end of the day? Imagine multiplying this by a factor of every day is a long day, and yopu have a recipe for poor health outcomes.

Indeed, one supposes we must give people like Mayer a slow-clap round of applause for the hours she puts in–or a chortle for the most ridiculous claim, if you read some commenters and have a brain that can do math: there are only 168 hours in a week, so in seven days time that would leave her an average of about five and a half work-free hours per day to not only sleep, but get to and from work, and presumably eat and shower and little else.

And now, on top of that, all that money and time spent working has earned you a 33 percent greater chance of getting heart disease.

Congrats on what sounds like a horrid life.
###
http://www.menshealth.com/health/work-hours-and-heart-risk

Rima E. Laibow, M.D. is a graduate of Albert Einstein College of Medicine (1970) who believes passionately in the right of Americans to choose their own health paths. She has practiced drug-free, natural medicine for 35 years by seeking the underlying cause of every illness and ailment and treating that root cause. Visit Her Website

albert: "But coronaviruses do not share genetic sequences ...
Ralph Fucetola: We have just received this email from Murata-san r...
Rima E Laibow MD: COVID19 virus has a diameter of about 120 nm. Conv...
Rima Laibow: Weaponization of organisms that cause disease is a...
Andrew Goodpaster: There are no long-term, true placebo studies on an...
Liz Butler-Henderson: This will fall on deaf ears. Not until the athlete...
Matthew: Dr Rima the Bunker Buster. The UK Government seem...
Bob Mazza: Dane, I'm in NE Florida. On many days we have skie...
Jeff Wilson: Have you found any help that has stopped the attac...
Jeff Wilson: Targeted in Dayton, Ohio....Trauma and more.....in...

Designed By HowlThemes
Back To Top
wpDiscuz