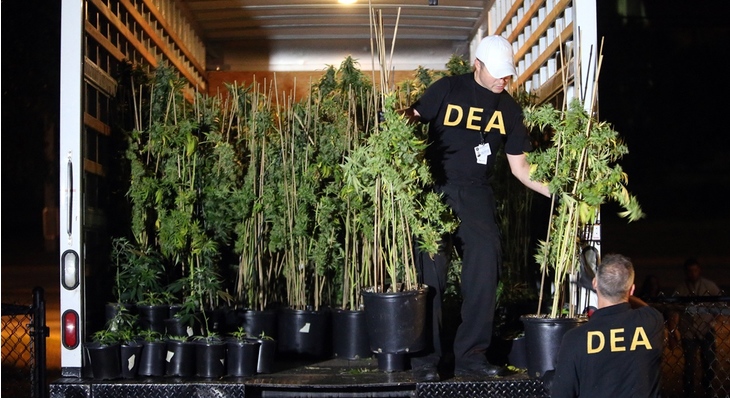 Kratom’s Chemicals For Big Pharma, Yes; Kratom The Plant For Users, No: Welcome To The DEA’s Mad Hatter Logic

“All animals are created equal, but some animals are more equal than others.” –George Orwell

When is a plant not a plant but a drug, and thus illegal? And when are the constituent chemicals that come from that plant not illegal, but rather patented medicine?

Why, when there’s money involved, of course, you silly person.

A pattern is beginning to develop from the weird and wily machinations of the U.S. Drug Enforcement Administration, first seen a few weeks ago when the supreme drug law enforcement agency of the nation elected to keep marijuana on its list of Schedule 1 drugs, those considered the most dangerous with no known medical benefit.

This, despite the fact that literally half the states in the union, 25 of them when last counted, have made marijuana available for medical use. This, when studies consistently show that sales of opioid pain relievers and other dangerous pharmaceuticals drop in states where medical marijuana is available.

But that may be the point exactly: as many observers pointed out then, the big Pharma companies are currently scrambling to develop prescription meds derived from marijuana that they can sell for a hefty profit; it wouldn’t do to have the rabble curing their own ailments by smoking or ingesting a plant–where’s the 1000 percent markup in that?

However, the DEA may have overplayed its hand, and exposed its chicanery on behalf of the pharmaceutical industry when it announced that it would assign kratom to Schedule 1 as well.

Kratom is a newly popular plant in the West that comes from Thailand, and which has been found to possess many of the same qualities as marijuana, offering pain relief and other benefits.

However the DEA claims there is an “imminent hazard to public health” resulting from people using the plant, which they are using to justify putting it on Schedule 1.

(With 660 calls to poison control centers attributed to kratom between 2010 and 2016 but no deaths, its danger would seem to pale in comparison with that of opioid painkillers, which killed 14,000 Americans in 2014 alone, but never mind.)

Here’s the thing: big Pharma has managed to synthesize at least three new opioids from kratom’s psychoactive ingredients–and they have patented them. So, same thing that occurred with marijuana’s remaining Schedule 1 drug: if all the filthy little people are ingesting natural kratom, how on earth are the suits at Merck and GlaxoSmithKline supposed to buy their second yacht?

The DEA has been compromised for some time now, in the pocket of big Pharma and other interests. Now they’ve just made it official.

The DEA: your tax dollars at work arresting and harassing the majority of Americans while making a very few of them very, very rich. Will the last U.S. government agency that isn’t in the pocket of big industry please turn out the lights on your way out?