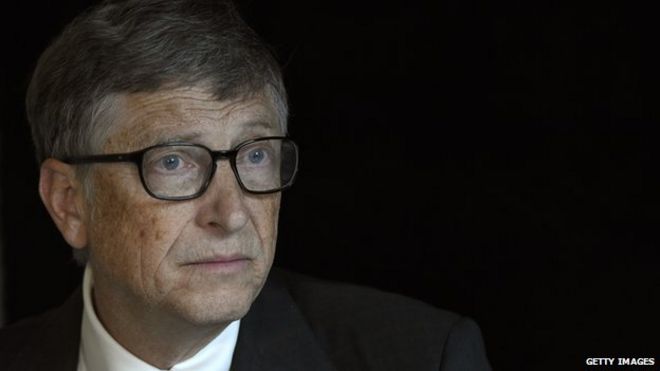 A not-at-all unexpected advocate for GMO foods has come out in favor of exporting the genetically engineered food technology to Africa, saying that it might not only help poorer African nations feed themselves, but even suggesting that they might be able to produce enough food to export.

In a fawning interview with the Wall Street Journal, Gates said, “…GMOs are done by changing the genes of the plant, and it’s done in a way where there’s a very thorough safety procedure, and it’s pretty incredible because it reduces the amount of pesticide you need, raises productivity (and) can help with malnutrition by getting vitamin fortification.”

Oh. They’re safe, then. Well, thanks, Mr. Gates, for clearing all that up for us little people.

See, down here we have been debating that very question for a very long time, but if you’re certain, you being the Big Cheese of Microsoft and all, I guess we can consider the question closed as to the safety of genetically modified foods and the pesticides they require.

It’s just…here’s the thing: you say that by using genetically modified crops with their extensive “safety procedures,” that we can reduce the use of pesticides. I don’t think you’re really correct on that, sorry to say. I know it’s not polite to question the knowledge of one’s betters, but the truth is GMO crops use some of the most poisonous, toxic, and deadly pesticides ever released onto human foodstuffs.

As far as the premiere GMO crops go, which no doubt would include Monsanto’s Roundup Ready brand, the pesticide’s active ingredient, glyphosate has actually been found to be cancer-causing. Many countries in Europe have already or are attempting to ban the use of glyphosate for these very reasons.

Look, Bill Gates is a very smart, very well-informed man. Surely he is aware that France and the Netherlands and Germany–and now even Brazil and Sri Lanka–are making noise about banning glyphosate because it has been proven to be unsafe.

Does Mr. Gates believe, then, that it is okay for Africans to poison themselves in the name of spreading the doctrine of GMOs, but not Europeans?

Gates, who along with Steve Jobs and Elon Musk surely must be considered part of the Triumvirate of Techno-geeks–those billionaires for whom any and every problem facing humanity can be solved if only we can apply the right techno-cure–is also a big advocate for vaccinations and the genetic manipulation of mosquitoes in an attempt to rid the world of malaria. He’s never met a technology he didn’t love-as long as it is applied to Those People Over There.

Hopefully this idiotic interview was a genetically-modified bridge too far. We can only speculate that Gate has shot whatever credibility he had remaining in the foot, and that African nations will find another way.