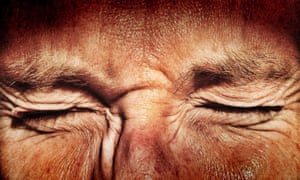 Air Pollution: It’s Not Just For The Lungs Anymore–New Research Shows That It May Be A Leading Cause Of Premature Aging Of The Skin

When we think of massive megacities like Beijing, Mexico City and Rio De Janiero and the problems they face due to their size, most of us probably think of our lungs.

The mind likely goes to images of traffic at a standstill, bemasked people enshrouded in a cottony fog that has nothing to do with natural weather patterns as they rush through the street trying to get to the fresher air of the indoors. The fears of Olympic runners at the Beijing Olympics in 2012 led many them to run outdoors only while wearing oxygen filtration systems.

And the effects of these toxic fumes are being demonstrated not only in Beijing, but also in cities like London and New York.

The poison-laden air associated with living in many larger cities has already been linked to not only lung problems, but also heart disease, diabetes and mental health problems. But now researchers are saying that perhaps the most visible evidence of the pollution of cities is being worn on the faces of the people who live there.

“With traffic pollution emerging as the single most toxic substance for skin, the dream of perfect skin is over for those living and working in traffic-polluted areas unless they take steps to protect their skin right now,” said plastic surgeon Dr. Mervyn Patterson in a Guardian interview.

The problem with air pollution is the nanoparticles it carries: laden with tiny particles of nitrogen dioxide or NO2, and chemicals such as polycyclic aromatic hydrocarbons, it is just now starting to become apparent that these substances in such tiny particles can damage not only lungs but skin as well.

One study that looked at people in both Germany and China found that, even with a tiny increase in pollution–to the tune of 10 micrograms of NO2 per cubic meter, age spots on their cheeks increased by 25 percent.

For perspective on just how small an increase that is, keep in mind that London, for example, broke its annual limit of allowed NO2 in the first week of 2016, with levels reaching over 200 micrograms per cubic meter.

And while cigarettes and excessive exposure to UV rays are definitely skin-killers, perhaps the future will hold more testing and a greater awareness of just how dangerous the air pollution millions live with is to the skin also.
###
https://www.theguardian.com/environment/2016/jul/15/air-pollution-causes-wrinkles-and-premature-ageing-new-research-shows