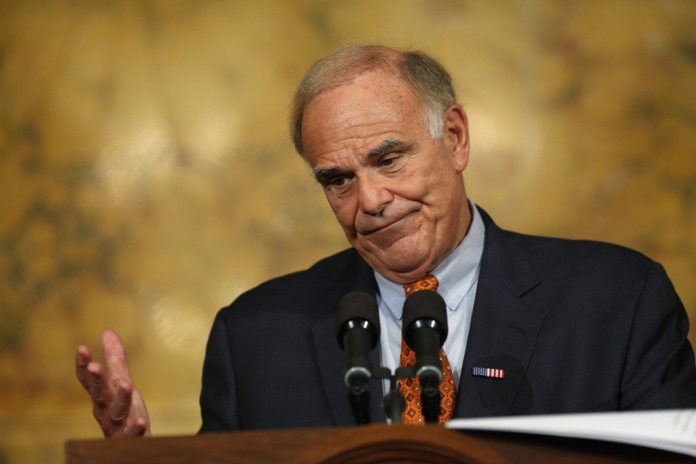 Fracking Goes Boom: Former Governor Admits Economics Are Routinely Put Above Safety When It Comes To The Fracking Industry

Q: What do you call an honest politician?

A small joke for you there. And let’s be honest: even that’s not really true. Most retired politicians will say whatever the highest bidder asks them to–perhaps its force of habit, or a genetic predisposition, who knows.

But every now and then a small ray of honest sunlight finds one of these creatures and he or she accidentally let’s slip some small sliver of truth.

That’s what seems to have happened recently to former Pennsylvania governor Ed Rendell, when he let it slip out that when he was running the state during the fracking boom of the mid-2000s, the states regulations favored the economics of fracking concerns over the safety of the citizenry and environment.

Governor from 2003 to 2011, Rendell also served as the chairman of the Democratic National Committee, which should give you some small clue as to where the Dems have been headed for some time: straight into the pocket of big money–voters, environment, health be damned, it’s all about pleasing big money.

For his part, Rendell at least admits that the way he ran things in this one regard was wrong.

“I made a mistake in the rush to get the economic part of fracking delivered to Pennsylvania,” Rendell is reported to have said during an event at the Democrat National Convention. “We didn’t regulate well construction and….frack water as well as we should. We cured that in 2010 and we haven’t had any significant incidents since.”

During his tenure, the Marcellus Shale gas reserve became economically much more viable to exploit, due to new innovations in hydraulic fracturing (fracking) technology. And while the boom undeniably brought millions of dollars and hundreds of jobs to Pennsylvania, it also brought a raft of environmental lawsuits and violations. It is likely to have affected the lives, livelihoods, environment and health of tens of thousands of Pennsylvanians.

Indeed, anti-fracking groups are gaining steam as more and more people are becoming aware of the dangers the practice poses. And with his admission, Rendell inadvertently has given credence to one of the many objections that environmental groups have made over the years: that states deliberately overlooked environmental concerns when it comes to pleasing fracking companies and cashing in. The statements also heighten concerns that the environmental “solutions” put in place by Rendell’s administration are actually that, or more of a panacea to make the environmentalists stop squawking.

At any rate, it is refreshing to have a former pol make an honest statement, whether he meant to or not.

As they say down South, even a blind pig finds an acorn every now and then.
###