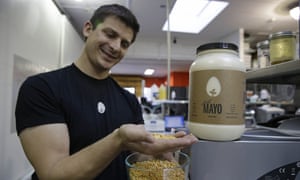 When Is An Egg Not An Egg? How Just Mayo Controversy Can Illuminate Current Kratom/Weed/DEA/Big Pharma Mess

What does an egg-free mayo substitute have to do with marijuana and kratom? Government genuflection to big business, that’s what. To wit:

If you’ve been paying attention to the latest Drug Enforcement Administration news, you may be aware that marijuana was recently relegated to continue moldering on the agency’s Schedule 1 list of the most dangerous drugs, those with no medical benefit.

This, despite the fact that not only do millions of Americans use the plant to ease symptoms of everything from seizures to chronic pain to PTSD, but also the fact that Big Pharma has an array of medications in the works that harness the active ingredients in marijuana to treat those very same symptoms.

This is significant because essentially the DEA is talking out of both sides of its mouth: according to the agency’s logic, the average joe using marijuana plants to treat symptoms is bad, but a massive corporation developing drugs from the very same plant which it can then convert into billions more dollars for its shareholders is A-OK.

Something similar is happening with kratom, the native southeast Asian plant that is widely touted as having similar paint-relief properties as marijuana, and which has even been used to treat opioid addiction.

Yet the DEA has announced plans to put kratom on Schedule 1 as well–where, it should be noted it and marijuana will reside with LSD and heroin.

And, perhaps not coincidentally, Big Pharma is once again chasing the dragon of marketable, patentable drugs based on a popular plant the DEA wants to outlaw–for the rest of us, that is. Pharmaceutical companies are pursuing new opioid derived from kratom’s unique chemical structure–and hoping to patent them and make billions more dollars.

So is there DEA collusion with big Pharma? If history is any guide, probably. Take that mayo substitute story mentioned above: in 2015 it came to light that the U.S. Department of Agriculture’s Egg Board–a government appointed entity tasked with promoting eggs–had colluded with several corporations to squash a start-up that was marketing a mayonnaise substitute called Just Mayo, one that didn’t use eggs.

Over 600 pages of emails revealed that the board had nudged the FDA to redefine mayonnaise so as to exclude Just Mayo, prompted by the Hellman’s ownership. Also the head of the egg board was in contact with numerous corporations, for instance trying to get Whole Foods not to carry the brand.

Well, the Egg Board’s CEO Joanne Ivy resigned over the controversy, but don’t expect the leadership of the DEA to have any such come-to-Jesus moment.

They’re cops, after all; it’s certain they cover their tracks better than the egg people.

Still and all, it is instructive to have the inner workings of these government agencies peeled back to show us the dirty dealings below, the interactions between corporations and the supposed servants of the taxpayer.

For the record not every conspiracy is a “theory.”